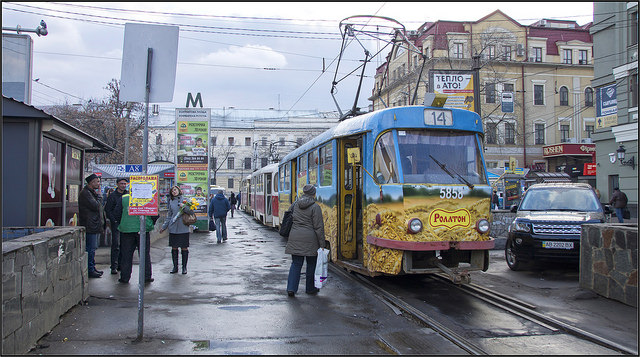 The project will contribute to the implementation of the National Urban Public Transport programme promoted by the government of Ukraine. It covers municipal schemes involving the purchase or modernisation of existing rolling stock (e.g. trolleybuses, trams and buses) and rehabilitating and constructing public transport infrastructure such as tram lines, bus lanes, stations and depots.

It will target up to 20 municipalities and will comprise of multiple investment schemes ranging between  €1 million and  €50 million. The final beneficiaries will be municipally owned transport utilities or municipalities themselves.

The vice-president of the EIB, Vazil Hudák, said: 'A higher level of customer service and sustainability of public transport in medium to large Ukrainian cities will increase citizens' quality of life, improve the environment and increase energy savings, leading to higher economic output.'

The investment costs of the schemes supported under this loan are expected to total some €400 million, of which EIB will co-finance up to 50 per cent. The project will also be co-financed by a partner financing institution – the European Bank for Reconstruction and Development (EBRD).