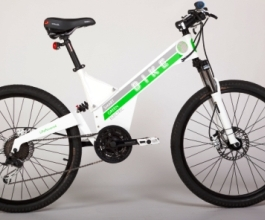 The production of electric bikes has begun in Croatia. A Zagreb-based company presents the first Croatian e-bike designed for the global market.
These days electric bikes mean business in Croatia. For the first time, an electric bike has been designed in Croatia according to the criteria of the global market. As the manufacturer, Bioplanet Bike, has stressed, this is a small but relevant step in the globalisation of a relatively eco-friendly product designed for all ages and users. As many satisfied users from countries like the Netherlands, Germany and Sweden know, the e-bike is a simple solution to many problems that bother the residents of urban areas, from traffic jams to the loss of time. It does not emit carbon dioxide, and it is quick, quiet and much cheaper than a car.

The share of bicycles in everyday traffic in Croatia is still very low. In the capital Zagreb less than 1 percent of trips are made by bike, and the percentage is no higher in other Croatian cities. It is therefore necessary to promote cycling as an alternative, attractive and efficient means of transport. The development of the e-bike market in Croatia is a step in that direction.