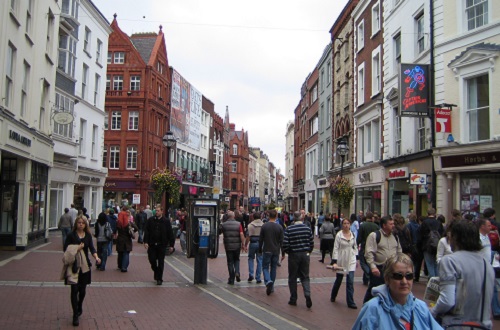 Dublin City Council and Ireland's National Transport Authority have released plans that will see vehicle access to the city centre restricted and streets re-designed for walking, cycling and public transport use.

The new measures include a ban on cars in parts of the city and the closure of car parks, as well as the extension of pedestrian zones and the development of a bus rapid transit service from the city centre to the suburbs. Car traffic will also be diverted out of the city centre and into peripheral streets.

Some € 150 million will be spent from now until 2023 to achieve this aim, accompanied by infrastructure improvements such as resurfacing roads, communications campaigns to increase cycling and walking, and the further development of real-time passenger information at public transport stops.

Through the measures, the Irish capital aims to increase the prevalence of low-emission modes of transport, improve ambient air quality, and make the city centre safer and more pleasant.