Dublin bike rental programme to expand across the county (Ireland) 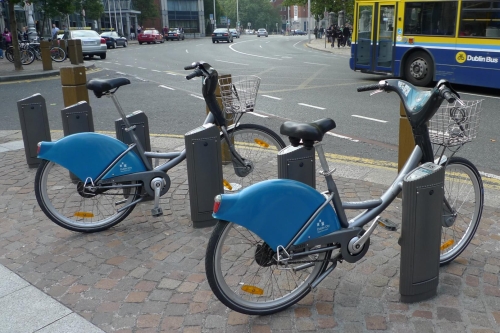 Funding has been secured for an extension of the bike rental scheme in the surrounding suburbs of South Dublin and Dun Laoghaire-Rathdown.
Ireland's National Transport Authority (NTA) has approved €75 000 to complete a feasibility study to expand Dublin's bike hire scheme into Dun Laoghaire and Tallaght, both of which lie outside the boundaries of the capital. Dun Laoghaire-Rathdown and South Dublin county councils were both involved in securing the funding to complete the study.

Funding of €475 000 has also been approved for priority cycle routes along the north coast of Dublin, as well as for improved cycle parking facilities throughout Dun Laoghaire. The Irish capital's public bike-hire scheme enjoyed a great deal of success in 2013, with more than 1.5 million journeys taken.

I'm delighted that the Dublin bikes scheme is being considered for Dun Laoghaire and I would love to see the scheme come to fruition, said Mary Mitchell O'Connor, the TD for Dun Laoghaire. The continued investment in sustainable transport projects is very important if we are to encourage people to leave the car at home and use their bike to get around.