Drugs more prevalent than alcohol in many road crashes 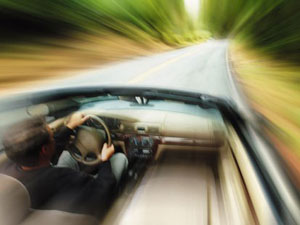 Based on road-side tests, surveys and questionnaires from 16 countries, the new report Drugs and Driving: Detection and Deterrence highlights alarming facts regarding drug use by motorists:


The risk of accidents increases dramatically when drugs are combined with even a small amount of alcohol. Unlike alcohol, drugs mean many different substances - illegal as well as prescription medication. Applying a common standard such as blood alcohol concentration is therefore difficult. A policy of “zero tolerance” can target illegal drugs, but not legal medication.

“There is not one drug with one effect, but multiple drugs with multiple effects on the human body”, explained Jack Short, Secretary General of the International Transport Forum, on the presentation of the report. “Both illicit substances and prescribed medicine are involved. Current drink-driving measures and legislation do not take this into account.”

Among the policy recommendations made by the report are:

The drugs and driving issue is moving up the policy agenda in many countries. A major EU-funded research project called DRUID (Driving under the Influence of Drugs, Alcohol and Medicines) is currently being carried out across Europe. In the US, the National Highway Traffic Safety Administration is planning a large-scale study to examine the risks associated with driving after drug use. The results of these projects will contribute greatly to an increased understanding of the issues involved and help establish public policy along with enforcement and prevention measures.

The executive summary of Drugs and Driving: Detection and Deterrence can be downloaded from www.internationaltransportforum.org. For the full report or to arrange an interview with the author, Dr. Douglas J. Beirness, Senior Research and Policy Analyst and Advisor, please contact Michael Kloth, Head of Communications, at Michael.Kloth@oecd.org or +33 (0)1 45 24 95 96.

Source: ITF - The International Transport Forum is a strategic think tank for the transport sector. Each year, it brings together Ministers from over 50 countries, along with leading decision-makers and actors from the private sector, civil society and research, to address transport issues of strategic importance. An intergovernmental organisation linked to the OECD, the Forum's goal is to help shape the transport policy agenda, and ensure that it contributes to economic growth, environmental protection, social inclusion and the preservation of human life and wellbeing. The 2011 International Transport Forum, to be held on 25-27 May in Leipzig, Germany, will focus on Transport for Society.
Country:
Europe-wide
Topic:
Mobility management