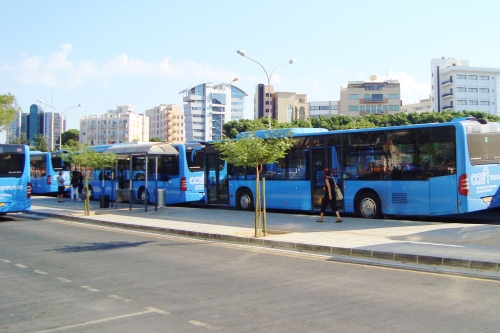 The Cypriot Public Works Department carried out a survey to inform its efforts to improve bus services for commuters and to encourage more people and tourists to use the island nation's intercity bus network.
The survey gathered over 1 000 responses from eight intercity bus stations across Cyprus. The results confirmed that in Cyprus use of cars is generally preferred over other forms of transport - 80 per cent of respondents said that they used buses because they did not own a vehicle.

However, a survey of almost 800 car owners found that more than a third of them would be willing to go without their cars in preference for buses, as long as they could get directly to their destination without changing buses. They also said that if their journey time was the same or shorter, and if buses arrived regularly, this would further encourage them.

Almost 11 000 responses were returned about the most popular routes for commuters by car, indicating where priority should fall in developing alternative means of travel for commuters. Nicosia, the capital of Cyprus, was found to be the most visited, followed by Limassol, Larnaca, and Paphos.