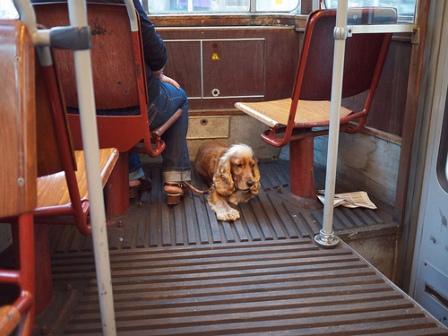 A Croatian animal rights group has recently sent a written appeal to several Croatian municipalities, arguing that the country’s restrictions concerning pets on public transport are out of step with European standards.
The group Prijatelji životinja (Friends of Animals) has sent an appeal to the administrations of Zagreb and several other Croatian cities in the hope of relaxing the strict rules against bringing animals aboard trams and buses.

The group had lobbied Zagreb authorities back in 2006 with a letter to the City Office for Physical Planning, Construction, Utility Services and Transport. They never received a reply, although in follow-up phone calls, they understood that the city was willing to negotiate.

The current regulations in Zagreb allow animals on transport only in special cases. Seeing-eye dogs for visually impaired passengers are permitted providing the animal is muzzled and on a short leash. Other people can bring dogs on public transport on weekends and holidays, but only at night. And these dogs are required not only to have muzzles and short leads, but also a registration with the National Kennel Club.

The association says the rules are unfair to animal owners who would like to take their pet to the veterinarian but can’t afford a taxi. They say the Zagreb rules unduly restrict the freedoms of an estimated 40,000 residents who own dogs. Croatia’s restrictive approach is contrasted to Western Europe, where dogs are allowed in most public places, including restaurants and all modes of public transport.