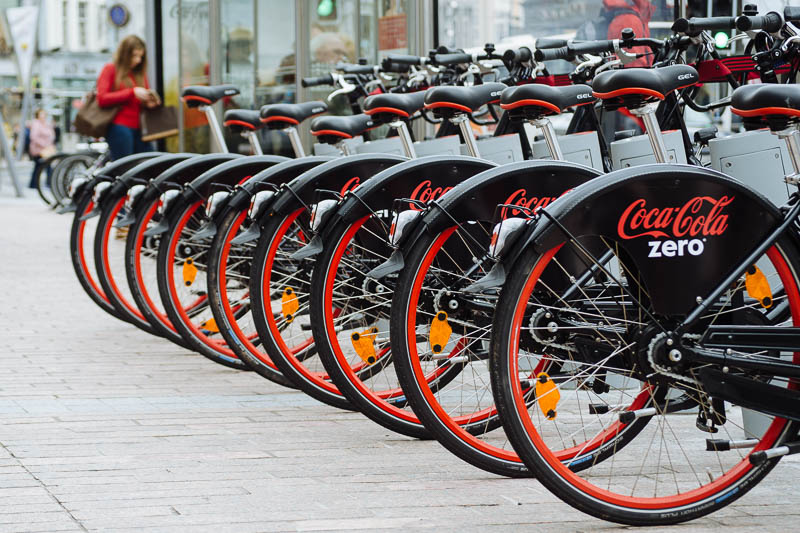 According to Ireland's National Transport Authority, some 9 549 people are subscribed to the bike scheme in Cork, a city of 119 000 people.

The Cork scheme is the second busiest in the country, behind Dublin but ahead of Galway and Limerick.

The five cities combined marked 4.9 million journeys in 2016, but the majority of these were in the capital, Dublin, where 4.3 million trips were taken.

More than 40 million kilometres have been cycled on the five schemes since they were established, equating to a distance equal to approximately 1 000 round-trips of the Earth.

Anne Graham, chief executive of the National Transport Authority, said: 'There is no question that the bike schemes which are today found in cities across the country are important local transport infrastructure assets.

'We look forward to collaborating with our partners to increase usage of the bikes in 2017, and further contribute to Ireland’s reputation as a hub for cycling and sustainable transportation internationally.'