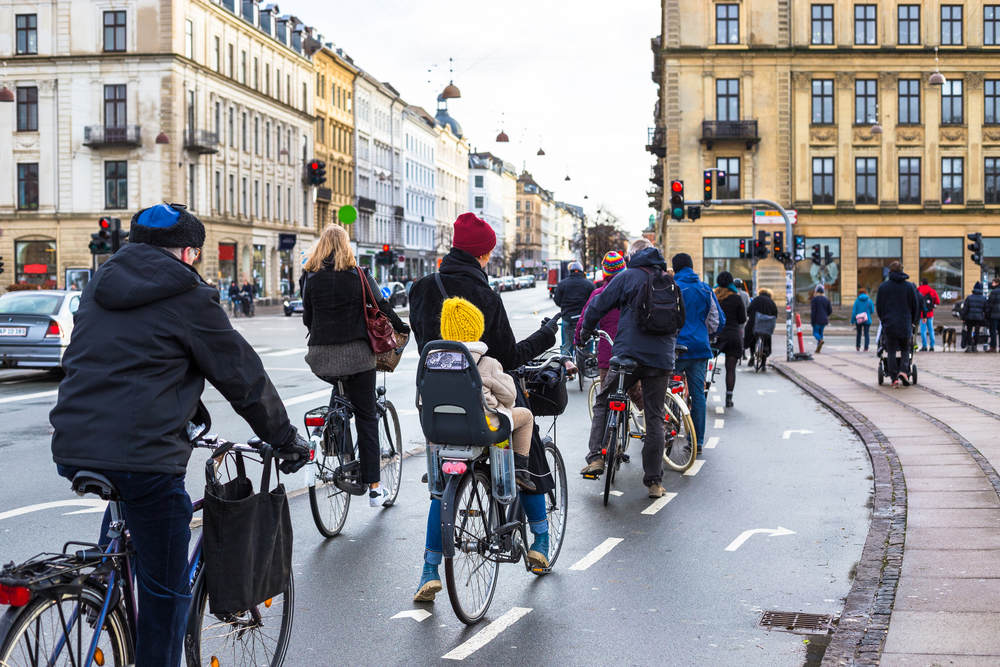 Experience in the Danish capital Copenhagen, suggests that preventing motorised traffic from using short sections of a major thoroughfare enhances the use of the route by cyclists. This is the result of the implementation of so-called 'filtered permeability' on two sections of Nørrebrogade, in central Copenhagen.

Nørrebrogade, a street which forms part of the C95 cycle superhighway in Copenhagen, welcomed up to 48,000 cyclists a day in 2016. Two short sections of the street - 2 km apart - were redesigned to 'filter out' motorised traffic, i.e. motorised traffic was not allowed to use these sections. This appears to have contributed towards the high usage of the cycle superhighway along the street.

Even though motorised vehicles are only restricted from using two short sections, the 'filtered permeability' appears to have greatly improved the conditions for cyclists and pedestrians. Buses are the only type of motorised vehicle that are allowed to travel within these two sections.

Restricting access to other motorised vehicles enables buses, cyclists and pedestrians to travel freely, with minimal likelihood of traffic jams or collisions. There are no bollards preventing access, in order to enable buses to use the restricted sections, so the success of the measure relies on an understanding from car and motorcycle users not to violate the traffic rules. This appears to have been a success, as the whole route has become unattractive to motorised traffic.

As a pioneering city for cycling infrastructure, the prioritisation of cyclists through filtered permeability is the latest in Copenhagen's efforts to drive the adoption of cycling as the primary method of transportation.

The full news article can be viewed here.