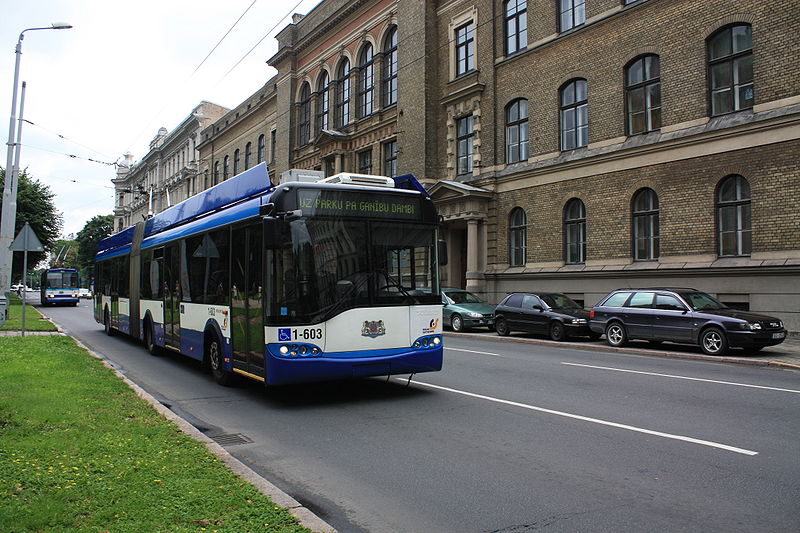 Based on a long-term development programme of the City of Riga (accepted in 2002), the local public transport service is being upgraded through a systematic replacement of rolling stock and the introduction of electronic ticketing.
Currently the local public transport provider, Rigas Satiksme, employs 5000 people and owns a rolling stock of 252 trams (100km tram lines with 244 stops), 346 trolley buses (20 lines with 366 stops) and 478 diesel buses (54 lines with 1253 stops).

As most of the rolling stock was ageing (e.g. the last tram was purchased 20 years ago), first the bus fleet was renewed. Already most of the old buses (e.g. Ikarus) have been replaced by Solaris and Mercedes-Benz models. Then, as the next step, trolley-buses were replaced. The first low-floor Skoda 24Tr Irisbus vehicle arrived in 2007 and by 2009 150 new trolley buses were acquired by the city. 90 of these trolleys can also run independently, by using their diesel backup engines.

The year 2010 was an important milestone in the process to upgrade tramlines, as the first low-floor Skoda 15T tram arrived in the city. As part of the city’s long-term development programme from 2002, each year 15-20 new trams are purchased to replace the old Tatra T3 models. To supply this constant demand for new rolling stock, a contract was signed with a local manufacturer, Rigas Vagonbuves Rupnica. Though besides this, also Skoda models were ordered.

By now the quality of the local rolling stock is significantly better than before, which is further enhanced by the introduction of electronic ticketing. The blue plastic card can be refilled for unlimited time, within 5 years. There is also a yellow, non-rechargable card as well as being able to purchase tickets directly from the drivers. Currently, e-ticketing is being developed further by integrating other forms of transport (e.g. train).