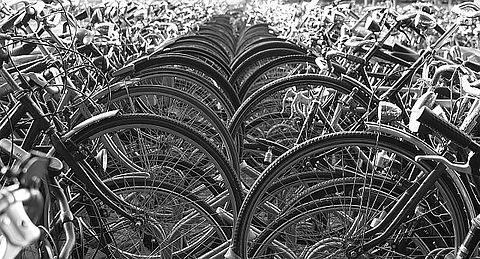 The authorities of the Polish town of Szczecin have created a new post at the city hall. A representative of the urban cycling interest has been picked out of 6 candidates and started work on August 1st.
Tomasza Log will be representing the urban cyclist interests while working for the town authorities. He graduated at Szczecin’s University of Technology and became the founder of Szczecin’s Cyclists Association that took part in planning bicycle communication in Szczecin. Tomasz is 31 and has been riding a bicycle for 13 years, including during the winter! Therefore Tomasz is familiar with the cycling situation in the city, understands traffic rules and the technical requirements for bicycle routes. Despite his knowledge the final decision of who to choose out of the 6 candidates was not easy for the committee, as the overall level was very high.

Tomasaza will be contacting citizens, collecting ideas and proposals for solutions to cycling infrastructure problems. He will therefore be linking society with designers and decision-makers.

Tomasz declares, that his main aim is constant improvement of urban cycle infrastructure. He is aware that some problems will not be easy to overcome quickly. Law restrictions and lack of funding is the main reason. One of his priorities is creating a standard for building bicycle routes in the town.

A few other Polish towns have created a similar position. “Bicycle officer” has the status of the plenipotentiary of the town President.