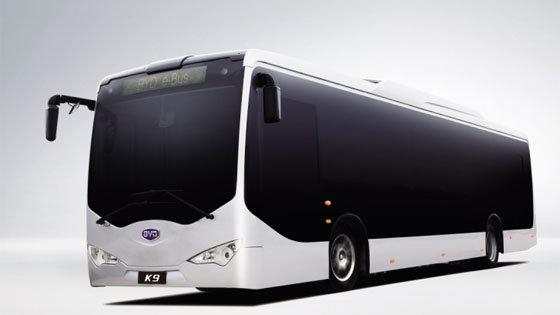 Chinese car producer BYD has signed an agreement to test 6 electric buses in Copenhagen.
Build Your Dreams (BYD) is the biggest private car manufacturer in China and more recently has entered into the public transport vehicle market. A few months ago, electric battery specialist BYD unveiled an all electric K9 e-bus and signed an agreement with the Hunan Government to provide 1000 K9 e-buses for Hunan public transport network. About 300 e-buses are already in operation in Shenzhen.

The 12 metres K-9 e-bus can reach speeds of 70 km/h and can travel 250 kilometres on a single electric charge. Using the BYD standard charging cabinet, the K9 can be fully charged in 6 hours with normal charging or it can be rapid-charged 50% on BYD’s proprietary rapid-chargers in 30 minutes.

BYD Chairman Wang said “BYD’s dream is to help solve the World’s pollution problems and achieve the goal of reduced oil dependence—the K9 e-bus is a great asset for communities who are concerned about the environment, and when coupled with renewable power generation and energy storage, we achieve a complete ZERO-emissions-solution that we can create for our consumer and public transportation.”

Recently, BYD signed a memorandum of understanding with the Danish public transport operator Movia to test 6 K9 e-buses in Copenhagen. Further negotiations with cities in Italy, Spain and the Netherlands are under way. Also new airport buses are under discussion with a Spanish company.