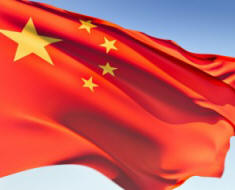 The People's Republic of China is now a full member of the International Transport Forum. Vice-Minister Gao Hongfeng announced China’s intention to join the Forum at the Summit in May 2011; the accession process has now been completed.
Acting Secretary General Michael Kloth welcomed the Forum’s 53rd member country: “China has a long tradition as a key nation in international transport. With its economic rise, it is today also at the forefront of the debate about the policies and best practices that will shape transport in the 21st century. China's accession to the Forum is an important development and we look forward to having the People's Republic of China participating as a member at the 2012 Summit in Leipzig in May.”

The roots of the organisation lie in the creation in 1953 of the European Conference of Ministers of Transport (ECMT), which met until 2007, when the scope and geographic reach was widened and the format emerged as the International Transport Forum. The International Transport Forum continues to manage the ECMT's system of multilateral licences for international road transport on the European continent. It also makes available an important legacy of policy analysis and Ministerial Resolutions and Recommendations from the ECMT era that remain relevant and can be accessed on this website.