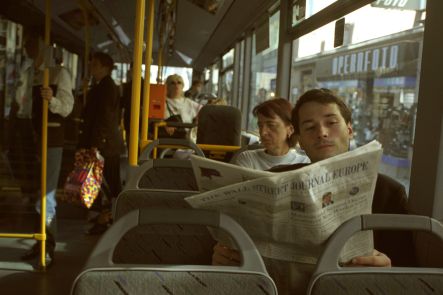 According to Vienna’s public transport operator Wiener Linien, the use of private cars costs up to 15 times more than public transport. Current car use and ownership statistics demonstrate a trend away from the car.
Costs are major criteria for modal choice. An owner of a Viennese annual public transport pass spends around €1 per day on transport, while running a standard private car with annual distance travelled of 10 000 km costs €4 500 for the year.

The calculation included all costs and duties (loss in value, insurance, parking fees, etc.). Not only single people benefit from using public transport, as a family with two children can also save €4500 per year.

In Vienna, fewer and fewer trips are done by car and car ownership is also declining. According to Statistics Austria, Vienna has an average rate of 394 per 1000 inhabitants. More and more people are switching to public transport. The number of annual transport pass owners has reached 538,000. Within one year, this number has rocketed upward by 150,000 new annual public transport pass users.

Note from Eltis-news office: The data on car ownership was corrected according to updated data from the city of Vienna, provided by Mr. Telepak.