The campaign getting the residents of Terrassa walking (Spain) 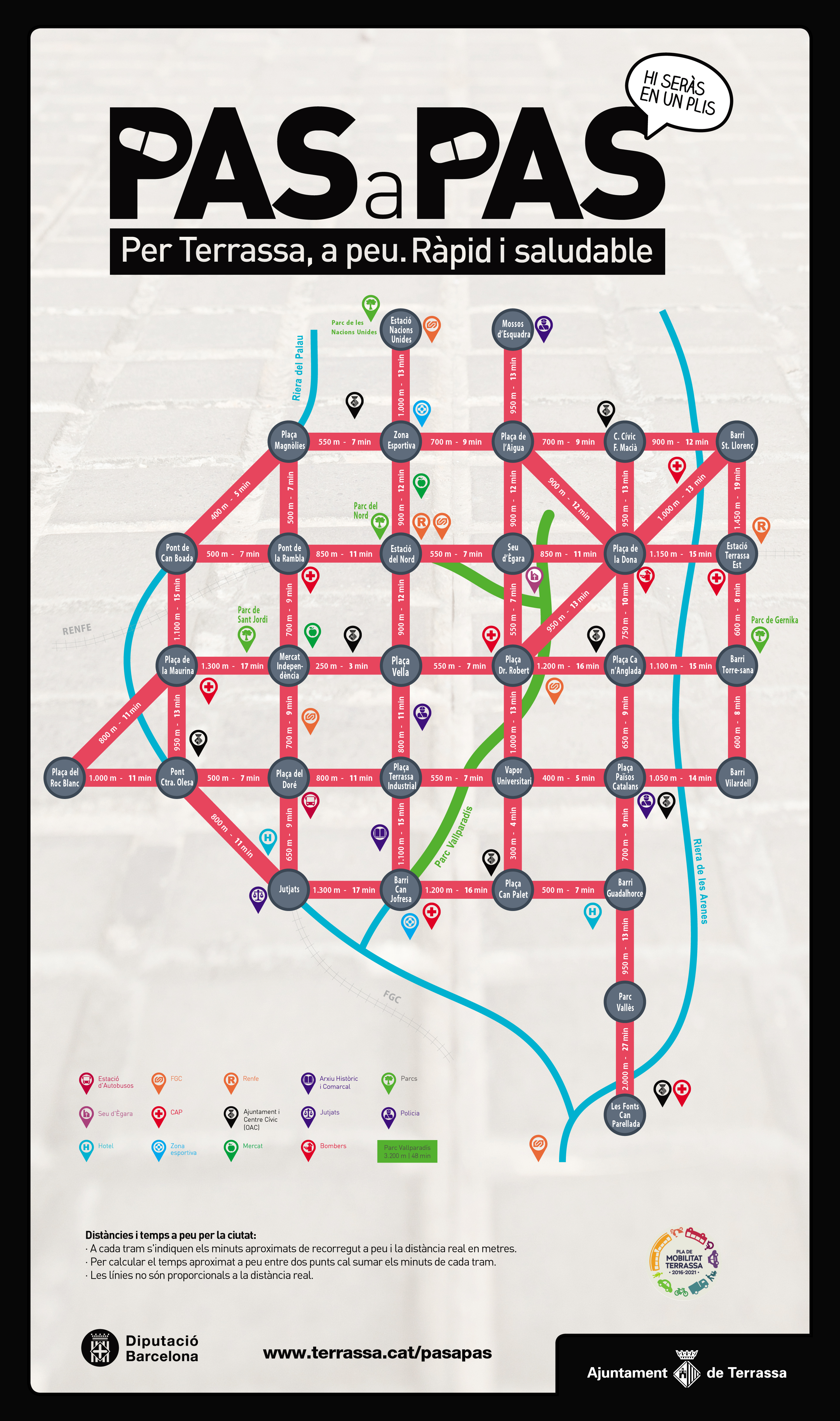 The City Council in the Spanish city of Terrasa has recently launched an innovative campaign that aims to get its residents walking. Entitled “Step by step”, it is one of a number of measures designed to encourage a shift towards more active modes of travel. It is forms part of the town’s Urban Mobility Plan for 2016-2021, which was approved in June of this year.

A survey carried out in 2014 during the development phase of the Urban Mobility Plan revealed that 60% of trips within the city are made on foot. A key component of the campaign is a map that displays walking trips within the city; it shows the distances between 32 different points in the city and the approximate time taken to walk between them.

Travel times were calculated based on an average walking speed of 4.5 km/h. Public transport stops and important locations in the local area are also marked on the map, including the hospital and law court.

The map is based on the Metrominuto idea, originally pioneered by the city of Pontevedra in Galicia, Spain, and later adopted by others cities, such as Paris and Toulouse in France and Cordoba and Vitoria-Gasteiz in Spain.

To find out more on the campaign, visit terrassa.cat/pasapas.