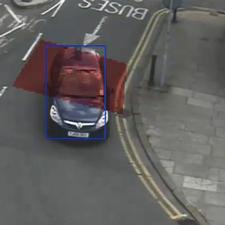 Automatic number pate recognition (ANPR) technology has been successfully deployed in Leeds City centre to enforce bus lane regulations and is now set to be used in other areas of the city.
Cars using lanes designated for buses is a problem in many cities, causing congestion and delaying buses which in turn leads to reduced patronage. In order to combat this Leeds City Council installed ANPR cameras at hot spots across the city centre after acquiring responsibility from the police for enforcing rules designed to keep bus lanes clear.

Since its introduction in August 2011, 29,325 drivers have been fined a total of £712,000 (€855,000) for flouting bus lane regulations. Nearly 30% of the total – 8,678 – were caught breaching the restrictions at one specific location – the Vicar Lane, Headrow-Eastgate junction. Council officials say that the cameras have proved to be an “effective deterrent” with fewer cars now entering bus lanes.

The cameras read the car registration plates of cars driving in the bus lanes and a fixed penalty notice is automatically sent to the registered owner of the vehicle. The fine is £60 (€72), reduced to £30 (€36) if paid within two weeks.

A report to the council sets out how the scheme could be extended to other areas and is expected to go to the council’s executive board within the next two months.