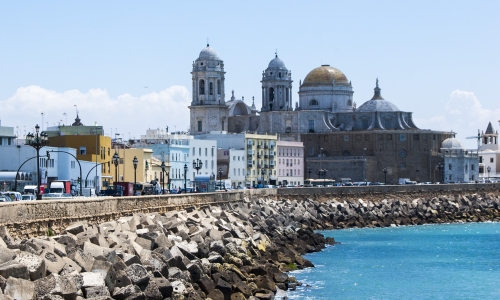 The city of Cádiz has launched a website explaining the future expansion of the city's bicycle network and offering citizens the opportunity to provide feedback.

Together with the Andalucian government the city is developing 21 km of new bicycle lanes. The website displays the plans for the future routes using infographics and videos that guide viewers through the streets of Cádiz. It also includes information on city's current bicycle lanes, which total 10 km.

Once the expansion is completed cyclists will be able to cycle around the historic old city, as well as cross the more modern area of the city centre from north to south and east to west. The website also includes details of the locations of new bike parking facilities and information on local cycling legislation.

The expansion of the cycle network in Cádiz, due to be finished in 2017, is part of Andalucia's Bicycle Plan, which will see € 421m invested in new cycling infrastructure and other related measures.