BYD opens factory in Hungary, plans another in France 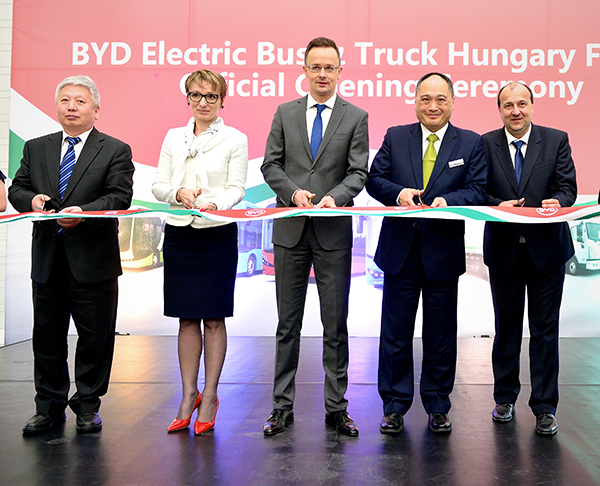 The Chinese electric bus manufacturer BYD Group is expanding its European operations following the opening of a factory in Hungary and an announcement that it will open a facility in France.

On 4 April, the northern Hungarian city of Komarom became the home of BYD's first European factory.

Currently, there are 32 employees, but the company plans to employ around 300 people to assemble up to 400 electric buses a year on two shifts, which will be exported to customers across continental Europe.

Late last month, the group also announced a decision to invest €10 million in a site in the town of Allonne, near Beauvais, in Hauts-de-France.

The project will create 100 jobs in the initial phase. The production facility will occupy 32 000 sq m of a parcel totaling nearly 80 000 sq m, and will assemble up to 200 vehicles a year—single-deck buses and coaches—in its first phase.

Click here for more information on the factory opening in Hungary, and here for the news on the French facility.