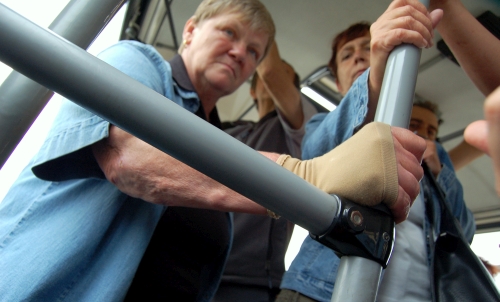 Councillors in Burgas on Bulgaria's Black Sea coast have proposed new legislation to reduce the cost of transport for elderly or disabled residents.

Eligible residents would be entitled to discounts on monthly transport passes on one line of Burgas' buses or across the whole network.

Card holders over the age of 65 could apply for a monthly transport pass for 26 Bulgarian lev (€ 13.30). A standard monthly pass costs 42 lev (€ 21.50). Further discounts would be available for residents with disabilities, who would pay 6 lev ( € 3) per month.

The head of the city's transport operator said that the proposed system could be combined with the planned electronic ticketing system for the bus network. He also stated that the proposal should be considered very carefully, particularly in regards to the city's budget.

'It is a fact that our country and our city are facing the challenges of serious financial and economic crisis,' the councillors who authored the proposal wrote. 'In these difficult times it is more than necessary for the municipality to show solidarity with vulnerable groups. Such an attitude to these citizens is a measure of a society's maturity.'