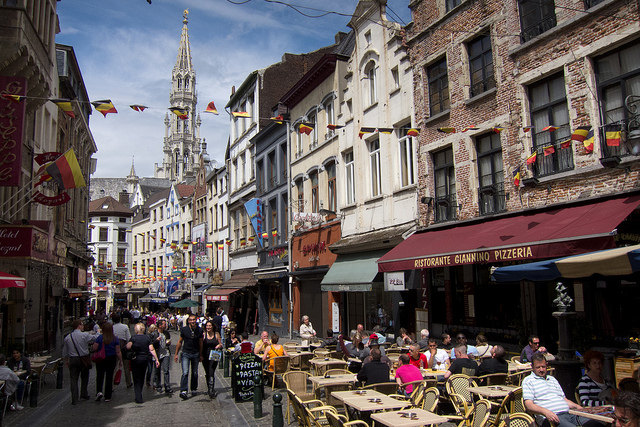 The City of Brussels has agreed on a new mobility plan that will transform the way traffic flows around its streets and create one of the biggest car-free areas in Europe.

The new pedestrian area – called the ‘Comfort Zone’ - will be double its current size, making it the second-largest in Europe behind Venice in Italy.

A new traffic-flow system will redirect cars towards existing and new parking lots. Four new car parks and the expansion of an existing parking lot are planned, as are new bicycle routes and additional bicycle parking facilities.

The Brussels public transport operator, STIB, will change its bus network to adapt to the changes. For those with reduced mobility, a new electric train will travel from the edge of the pedestrian zone to the Stock Exchange (Bourse) or Grand-Place.

Brussels Mayor Yvan Mayeur said that the philosophy of the plan was to eradicate peak morning and evening traffic, which represents 30 to 40 per cent of the city centre’s total traffic. The Green Party, however, has criticised the plan saying that it will create a ‘mini ring-road’ of traffic around the centre.

For more information, visit the City of Brussels website.