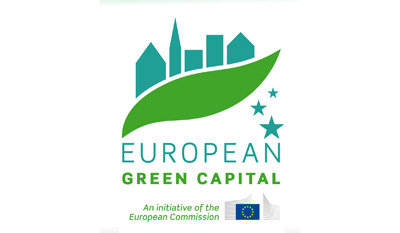 Bristol, Brussels, Glasgow and Ljubljana have been chosen as the four finalists to proceed to the next stage of the European Green Capital 2015 Award organised by the European Commission. The European Green Capital Award is an annual prize that goes to one city every year, highlighting its environmental performance.
Bristol, Brussels, Glasgow and Ljubljana have been shortlisted from 8 entries across Europe. An independent panel of 12 experts assessed each entry on the basis of 12 indicators:
•Local contribution to global climate change
•Local transport
•Green urban areas incorporating sustainable land use
•Nature and biodiversity
•Quality of local ambient air
•Quality of the Acoustic Environment
•Waste production and management
•Water consumption
•Waste water treatment
•Eco innovation and sustainable employment
•Environmental management of the local authority
•Energy performance

The four cities will now go forward to present their vision, their potential to act as a role model to other cities, and their communication strategy to the Jury in Brussels on 24 May. Following the Jury’s deliberations on the final result, the European Green Capital 2015 will be announced at an official Award ceremony in France on 14 June 2013, hosted by the current European Green Capital, Nantes.

Background
To date, five cities have been awarded the title of European Green Capital: Stockholm 2010, Hamburg 2011, Vitoria-Gasteiz 2012, Nantes 2013, and Copenhagen 2014. The Award is presented to a city in the vanguard of environmentally friendly urban living. The Expert Panel assesses the cities on the basis of 12 environmental indicators. The jury evaluates cities on their record of achieving high environmental standards, their commitment to on-going and ambitious goals for further environmental improvement and sustainable development, and the extent to which they can act as a role model and promote best practice in other European cities.
The jury comprises representatives from the European Commission, the European Parliament, the Committee of the Regions, the European Environment Agency, ICLEI – Local Governments for Sustainability, the Covenant of Mayors Office and the European Environmental Bureau.