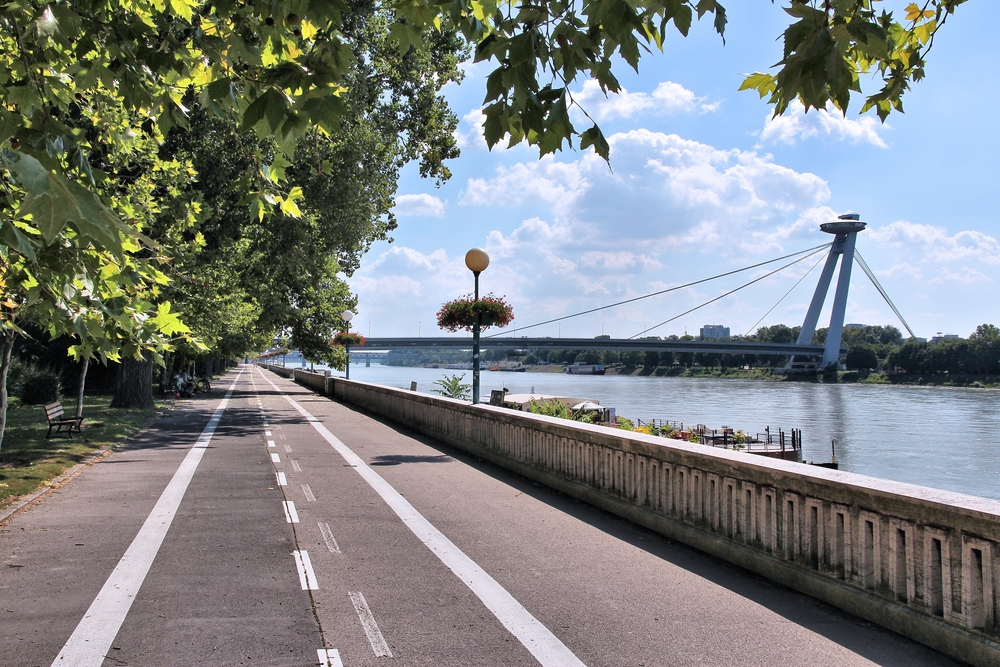 Bratislava has announced plans to expand the cycling network and develop new pedestrian zones in 2019.

In a bid to promote active transport, the city council has earmarked €1.6 million for the construction, repair and maintenance of the cycle lanes in Bratislava. According to the municipality, creating separate bike lanes is a top priority. One-third of the total budget will fund the creation of new cycle lanes. In total, 29 kilometres of pathways are planned for construction.

Part of the budget will also go to the city’s bike-sharing scheme, which has recently seen an increase in the number of users. €130,000 will fund the continuation and further improvement of the service. The scheme was introduced in 2018.

Moreover, the city also plans to repair and maintain mixed-use paths, shared by cyclists and pedestrians that are currently in a bad state. Part of the available funds will also be used for the installation of cycling information boards, bike stands and other adjustments.

After the introduction of the bike-sharing scheme in 2018, more attention has been placed on the improvement of cycling infrastructure in the inner city. The number of bike commuters has increased, which has called for better and safer cycle paths.

The city also attracts many cycling tourists thanks to the bicycle paths along the Danube river, where it is not uncommon to experience heavy bicycle traffic during spring and summer.

Image source: © Tupungato / Shutterstock - no permission to re-use image(s) without a separate license from Shutterstock.