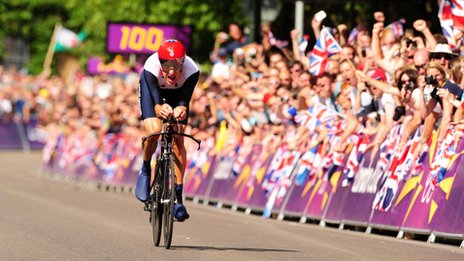 Motorists are being urged to take extra care as cyclists attempt to emulate tour de France winner and olympic gold medalist Bradley Wiggins on UK roads.
Cycling has received a boost in popularity thanks to the phenomenal achievements of Bradley Wiggens, the British cyclist who was the first Brit to win the Tour de France last month and early this month won olympic gold in the time trials in London.

Police have issued a warning to motorists that there are more cyclists on the road and urged road user's to respect each other. The force also urged cyclists to be sensible on their bikes, adding: Great to see people enjoying the Olympic road race route ... Remember - Bradley had closed roads, so take it easy.

Cycling campaigners and clubs in Surrey (where the time trial took place) have been bracing themselves for a Wiggins effect riding craze which has begun sweeping the UK.

Hotels and tourist organisations in Surrey have already taken bookings for next year from cyclists who want to ride Olympic race routes.