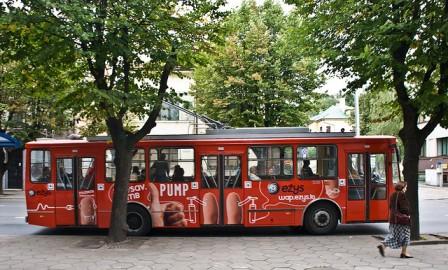 Implemented by the Department of Environmental Engineering, Kaunas University of Technology, the study focused on the local municipality, where public transport has a 60 percent modal share.

The compressed biogas fuel chain had the lowest weighted damage value: 45.7 millipoints per kilometre (mPt/km). Because Kaunas’s biogas is sourced locally from a wastewater treatment plant, it has minimal resource extraction impacts compared to those for non-renewable resources such as oil and natural gas.

Compressed biogas buses actually consumed the most fuel of the buses studied, but since their emissions are biological in origin, they were not considered as harmful as fossil fuel buses. The lowest consumption was in trolleybuses using electricity generated from natural gas. Using natural gas to produce electricity for trolleybuses was almost twice as energy-efficient as using natural gas to directly power the buses.