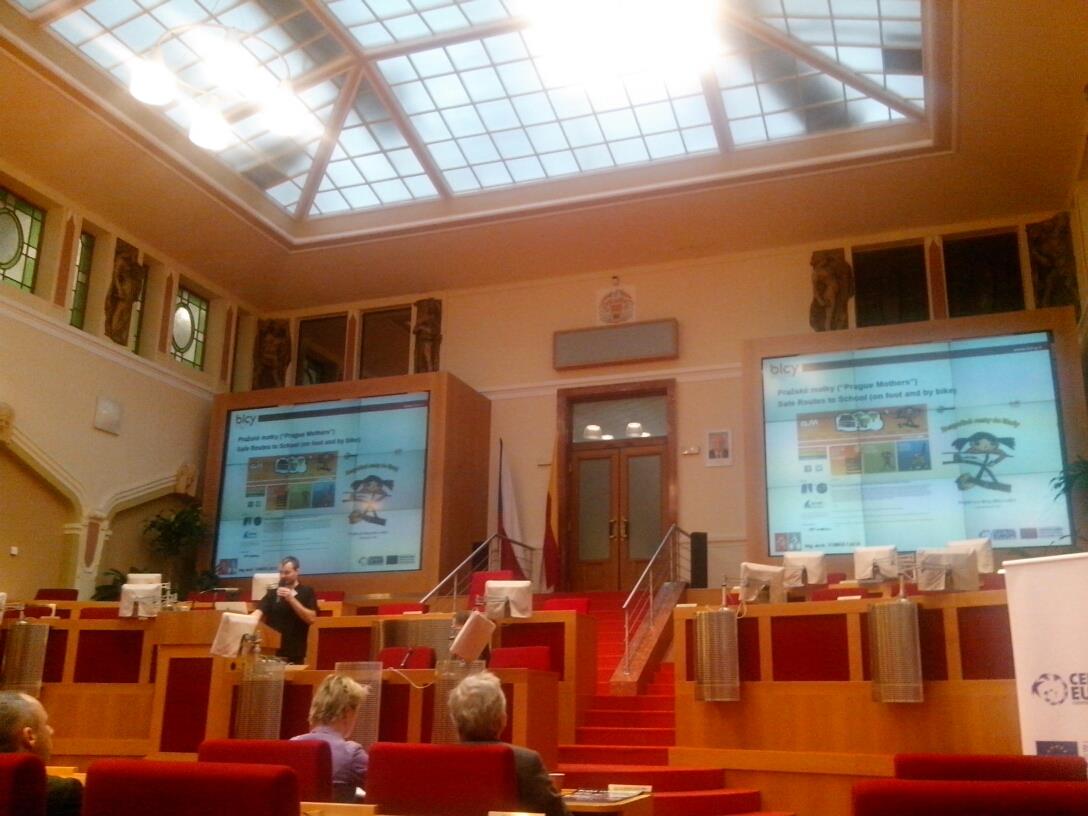 The final European Conference of the Central Europe project BICY – Cities and Regions of Bicycles was characterized by an amazing spirit of optimism despite a rather limited support for cycling from national and European bodies.
The first presentations from Czech participants outlined the dire situation in many Czech cities, where a lack of infrastructure has serious and sometimes fatal consequences for cyclists. However, despite these problems, people keep cycling - Daniel Mourek, the Vice President of the ECF and cycling advocate noted that “The Czechs are cycling more than ever!”

It seems that all over Europe the crisis is viewed as a chance for change, and cyclists have the power and the will to promote cycling in a self-organised, bottom-up manner.

The Bicy project has developed a trans-national strategy to promote cycling in Central European Cities and Regions and Jörg Schweizer and Jason Meggs from the University of Bologna (IT) sent a clear message to cities - 'more infrastructure leads to more cycling and only 10 cm of bike routes per citizen can increase the share of urban bike trips by 2%. Also, once you’ve decided to invest in infrastructure, don’t waste time! The quicker you get more people to cycle the higher the economic benefit and the more lives you will save!'

Presentations from Helena Hecimovic (City of Koprivnica, HR) and Karl Reiter (FGM-AMOR, AT) inspired the audience because they confirmed that change is indeed possible when you follow a vision of an active and sustainable mobility and make cycling part of a city’s identity and culture that everyone can be proud of.

8 other cycling-related EU projects had the chance to share their results and lessons they learnt, and to contribute in the discussion on how to advance bicycling in Central Europe even further.