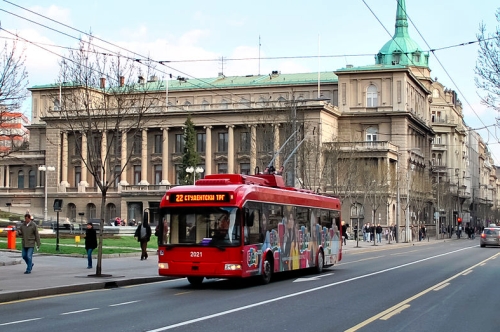 Passengers on Belgrade's public transport network are generally satisfied with the service, a study carried out by the city has found.

According to the survey's findings, 62 per cent of those surveyed are generally satisfied with public transport services, while only 15 per cent are dissatisfied.

Belgrade's city manager Goran Vesić noted that work on new infrastructure would begin before autumn this year, taking the study as a basis. Both the population and the built-up area of Belgrade are increasing, requiring better methods of determining the need for new transport lines or extensions.

In the recent past improvements to the public transport network have been done sporadically and without much attention to planning, and therefore have had limited effect. Additionally, improvements have been generally confined to the city's suburbs.

Furthermore, the survey showed that the city's trams are used less than bus services. Several bus services, such as lines 16, 23 and 95, carry the highest numbers of daily passengers, while others, such as lines 513 and 613, carry fewer than 300 per day.