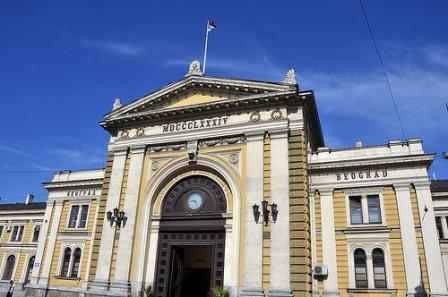 Serbia’s capital city will get its first inner-city public rail system under a memorandum of understanding signed recently with the French power and transport conglomerate Alstom.
Belgrade Mayor Dragan Djilas signed the memorandum with Gian-Luca Erbacci, Vice-President of Alstom Transport South Europe, in the presence of Serbia’s President and the French Foreign Trade Secretary of State.

The project concerns the system’s first line, with 25 stations planned. Located on the southern bank of the Danube, the future Y-shaped line will connect the city’s central districts, linking Ustanicka-Novi Merkator to Tvornicka on one branch and to Zelesnicka Stanica Novi Beograd on the other. Preliminary studies will determine the full technical and operational features of the line, including the type of rolling stock needed to meet the city’s transport needs.

The agreement opens a negotiation period during which the city and Alstom will define the framework and conditions of cooperation in the development of the project’s different phases. At the end of the discussions, Alstom and City Hall should sign a contract which includes the financing of the project. It is planned that Alstom will build the entire system, including track, power supply, signalling equipment and rolling stock.

The new rail transport system is part of the Urban Master Plan of Belgrade 2021, designed to expand and modernise the public transport network. According to plans, the first line (L1) will later be extended by two other lines (L2 and L3).