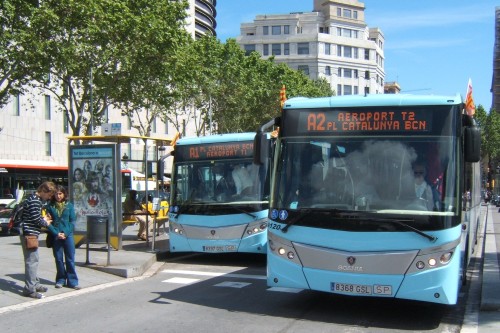 A pilot project is underway to increase access to public transport to people with sight problems in Barcelona.

The pilot will use real environments, comprising a bus stop and metro station in the city, and involve the use of beacons which communicate with mobile phones via a specialised app.

In the case of the metro station, the beacons should help users navigate the station without difficulty when entering or exiting trains.

At the bus stop, information will be given about the buses line number and destination, allowing a traveller to independently decide whether they want to take that bus.

If the trial is successful it may lead to implementation of the same system across Barcelona's public transport network.

This method of expanding access is growing in popularity; the Romanian capital Bucharest is currently implementing a similar system on its bus network.