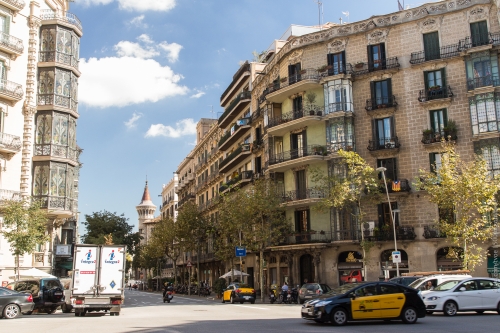 The Spanish city of Barcelona aims to cut traffic-related deaths and serious injuries by 30 per cent and 20 per cent respectively with a new urban mobility plan.

The plan covers the period from 2013 - 2018, and will also enhance the city's provisions for walking, cycling, and public transport. The city also aims to meet all EU environmental parameters by 2018, with the aid of the plan.

Some of the specific targets of the plan is for 99 per cent of the city's population to have a bus stop within 250 metres of their homes, and for public transport vehicles to arrive every six minutes at peak times.

In terms of pedestrians there are plans to widen pavements and extend pedestrianised areas, and also to implement slow zones to reduce traffic accidents.

For cyclists, an upgrade of the city's network of cycle paths is planned, as well as charging infrastructure for electric bicycles and more cycle parking at public transport interchanges.