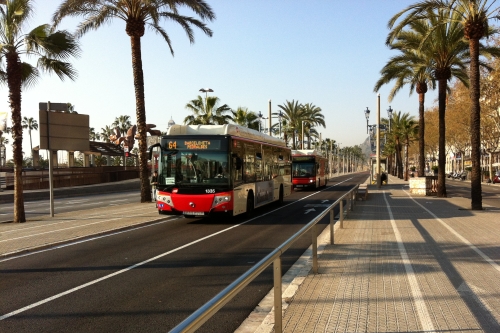 Seeking to move on from routes inherited from the last century, Barcelona is planning a radical redesign of its bus routes.
Barcelona's bus network inherited most of its routes from the trams that operated in the city a century ago. As the city has grown, lines have been extended, often overlapping and resulting in an illogical network that made fast and reliable transport a difficult goal to achieve.

The city kept various factors in mind to make the redesign as smart as possible. This included plotting routes in straight lines where possible, decreasing travel time, and introducing sustainability criteria in resource consumption. 28 new lines will be created: 17 going from north to south, eight from east to west, and three with diagonal paths across the city centre. The city also intends to make interchanges between buses and other forms of transport as easy as possible.

As well as the new route patterns, informing passengers quickly about connections, service disruptions and ideas for activities or events will also be a priority. Buses and bus stops will be outfitted with informative displays, and busier stations will incorporate interactive touch screens.