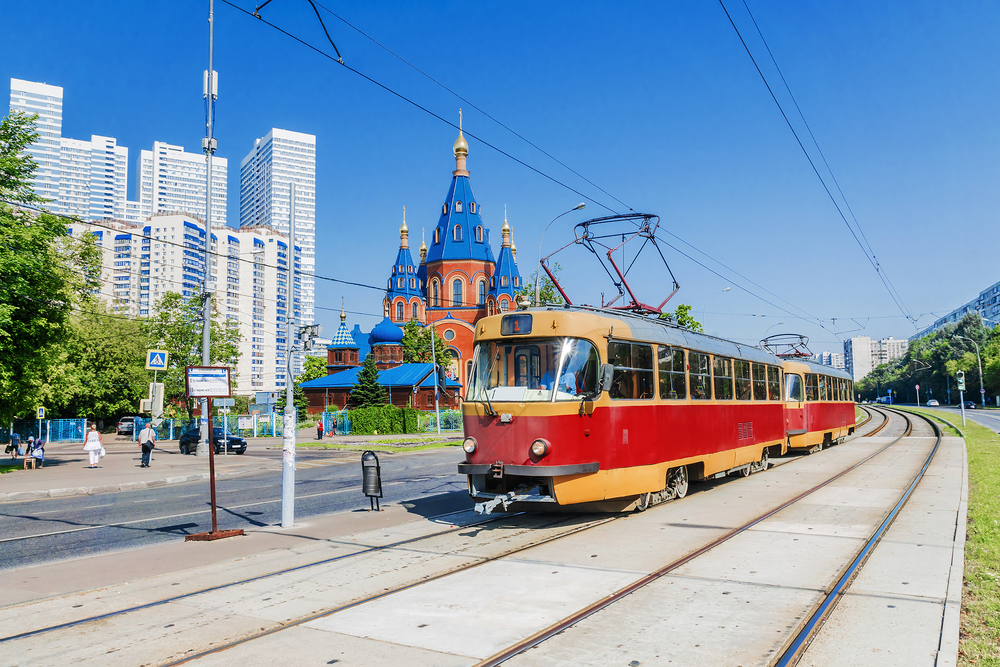 A tram that will run itself around the city of Moscow is currently being developed by a Russian urban electric vehicle manufacturer and developer of artificial intelligence for autonomous driving systems. This fully autonomous tram will begin closed facility testing imminently, prior to street tests along the tram routes.

The objective of the project (jointly run by Cognitive Technologies and PC Transport Systems) is to establish a tram with the ability to run through Moscow minus the human driver in the cab. This is to ‘minimize the number of accidents and reduce their dependence on human factor’.

The tram will be capable of detecting and responding appropriately to other road users, obstacles and hazards, including:

According to the project team, the autonomous vehicle will come to a stop when obstacles are detected and maintain a safe distance behind ahead vehicles. The AI vision computer system is supplied with visuals from 10-20 cameras and data from up to 10 radar sensors. GPS will also aid pinpointing its position when driving along the tracks on ‘high precision cartography’.  As stated by Olga Uskova of Cognitive Technologies in a press release, “The combination of sensors that includes cameras and radars ensures accurate and reliable detection of road scene objects in any weather conditions (night, rain, fog, snow, blinding light etc.)”.

Closed facility testing is planned to start within the next two months, however, a human operator will be in the cabin prepared to take over if required. The project will then commence on Moscow’s tram routes, and the resulting vehicle will be available to the Russian market (and beyond including China and Germany) by 2021/2022.

Although the aim is to have an autonomously run tram, it is predicted that human operators will continue to be present for the near future – either until any legislative restrictions are lifted or simply as a psychological comfort for passengers who may not feel at ease with the concept.

Image source: ©dimbar76/Shutterstock.com - no permission to re-use image(s) without a separate license from Shutterstock