Amsterdam buses to be fully electric by 2025 (Netherlands) 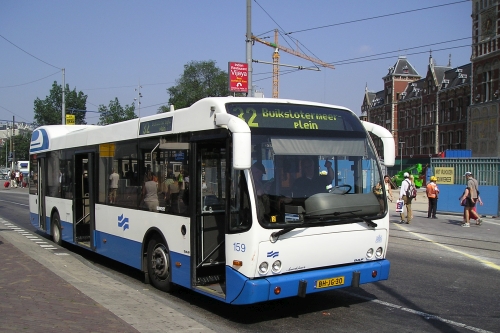 Amsterdam has announced plans to become the first city in the Netherlands with fully electric bus transport by 2025.

The city's bus fleet, which currently runs on diesel fuel, will be gradually replaced with electric vehicles. A first batch of 40 electric buses will arrive on Amsterdam's streets in two years time, according to Dutch newspaper Volkskrant.

The ferry service connecting the city centre with the borough of Amsterdam-Noord will also be electrified.

'This project means we are saying goodbye to symbolic behaviour and pilot projects,' says Abdeluheb Choho, Amsterdam's Alderman for Sustainability. 'We have decided to just do it, not to experiment with five buses.'

Other Dutch cities and regional governments are also looking into electrifying their public transport. The province of North Brabant has introduced battery-powered buses in some areas and pilot projects are underway in Maastricht and Utrecht.

The bus company Abellio has also pledged to ensure that the 300 buses operating in Limburg will be electric if it wins the tender to supply bus services in the province.