Air pollution - one key cause for heart attacks 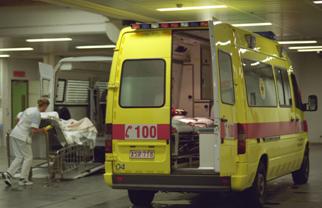 A substantial number of heart attacks result from air pollution caused by road traffic. This is the finding presented by an international team of scientists in the medical journal “The Lancet”.
Heart attacks (myocardial infarction) is one of the main causes of death in many western countries. It occurs when the heart is starved of oxygen most commonly due to rupture of atherosclerotic plaques in the vascular system. Known triggers of this include; physical exertion, stressful events, heavy meals, or increases in air pollution. However, the importance and relevance of each trigger were previously unknown.

An international team of scientists compared triggers of heart attacks at an individual and population level using PubMed and the Web of Science citation databases to identify studies of triggers of non-fatal heart attacks to calculate population attributable fractions. When feasible, meta-regression analysis for studies of the same trigger were carried out.

Their results were remarkable and substantiate that road traffic and air pollution contribute in equal measures like other key factors to acute heart attacks. The scientists conclude: ”In view of both the magnitude of the risk and the prevalence in the population, air pollution is an important trigger of myocardial infarction, it is of similar magnitude as other well accepted triggers such as physical exertion, alcohol, and coffee. Our work shows that ever-present small risks might have considerable public health relevance.”