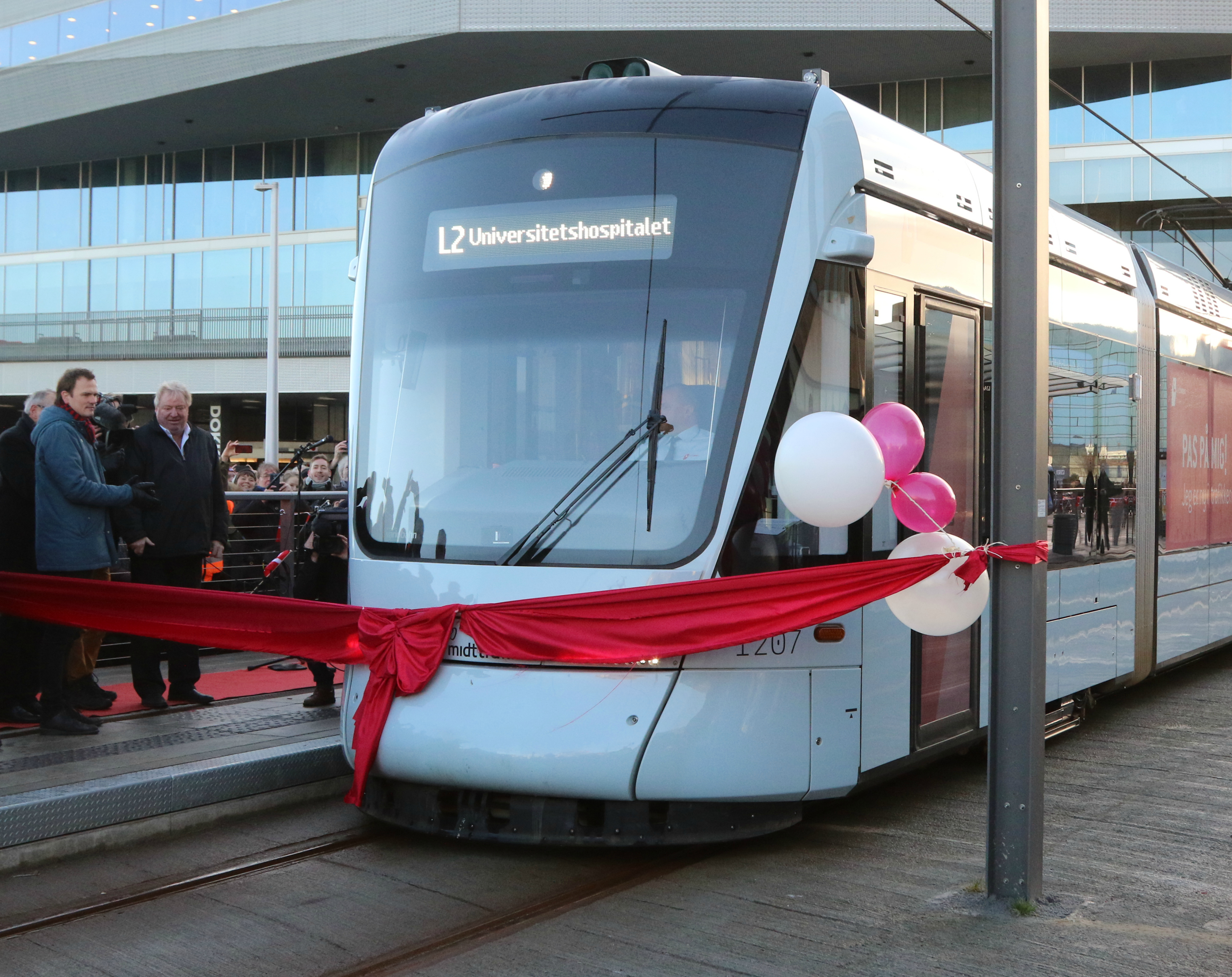 The City of Aarhus has inaugurated the first part of its light rail network, the Aarhus Letbane. On 21 December, it opened the first phase the network, a 12-kilometer loop that services 12 stations. The light rail replaces existing bus lines, and thereby reduces noise and pollution. At the same time, the light rail is expected to drive urban development, thanks to a better connection between nieghbourhoods and the city.

The Aarhus Light Rail consists of two parts. A ‘tram train’ services the stretch between Aarhus and Greena at a speed up to 100 km/h, while a slightly smaller tram runs within the city of Aarhus. The fleet of 26 trams and trains is powered by electricity, sourced from renewable energy. This makes them quieter than buses and cars, while they also reduce pollution and particles matter.

Besides replacing the existing bus lines, the Aarhus Letbane will connect areas that currently attract large amounts of traffic. It offers an alternative for motorists who travel between the city centre and the residential areas and companies and educational institutions north of Aarhus.

The Aarhus Light Rail is expected to drive urban development. Thanks to long-term prospects, the deployment of light rail networks in other countries has shown an increased interest in real estate investments along the network. New neighborhoods are planned in the areas Lisbjerg and Nye in the north of Aarhus.

The light rail plays is also an important role in the development of the agglomeration Aarhus, which is Denmark’s second biggest city. The Aarhus region is home of 1,2 million people and is known for its university, tech companies and a young population. Improved infrastructure and better labour mobility key to jobs and growth in the region.

The European Investment Bank (EIB) and the European Commission have provided funding for an initial feasibility study.

Image: Courtesy of Per Ryolf