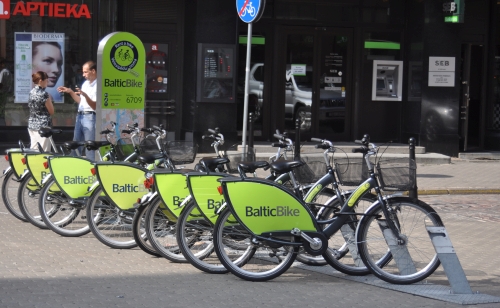 A new survey shows that over eight in ten people in Latvia use a bike to get to work or school. But many respondents also indicated a number of areas that needed attention to improve cycling in the country.

Survey respondents said that the ability to move quickly and easily in urban areas, the possibility to get more exercise, and saving money on fuel or public transportation were big benefits to cycling.

But nearly a quarter of people complained about the lack of bicycle cycle lanes, while 18 per cent said that potholes and other obstacles were a big problem. Inattentive pedestrians (14 per cent of respondents), motorists (14 per cent), bicycle theft (13 per cent), and a lack of cycle parking facilities (10 per cent) were also a concern for those who answered the survey carried out by car rental company Sixt.

'The survey provides valuable insight into Latvian cyclists' daily habits, as well as the most critical deficiencies. Bicycle lanes are already an issue for local governments in Latvia, so a lot of work is expected from local government infrastructure planners,' said Dainis Kreilis, representative of Riga Bicycle Week.