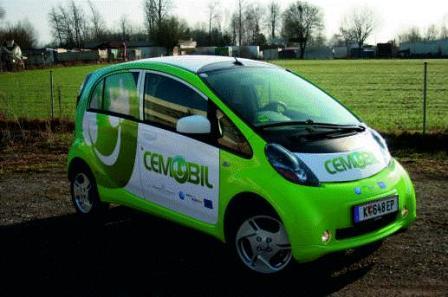 Around 300 residents of the region of Klagenfurt on Lake Wörthersee had the opportunity to test e-cars for one week. 87,000 km were driven, with an average consumption of 20kW/100km – saving around 10,000 kg of CO2.
The testing opportunity was offered by two EU funded e-mobility projects: CEMOBIL and REZIPE. The majority of the test drivers decided to test one of the Mitsubishi i-Miev available; others took the chance to test the Citroen C-Zero. The major reasons for testing e-vehicles were curiosity, concerns for environmental protection, and fuel costs. The cars were used daily for getting to work, running errands and leisure activities. Overall, the range of the vehicles was regarded by most of the residents as satisfactory. The majority of the test drivers were satisfied with the car’s facilities but wished for more loading space or other comforts such as air conditioning. 80 percent of the test drivers would recommend the e-car but 53 percent would not buy an e-car themselves.

The public charging points available in the region could be used to recharge the cars, but most of the time the cars were charged at private homes with an average charging time of 5 hours. No severe difficulties occurred during the charging process: 8 percent of the test drivers had problems caused by too short a charging cable, 4 percent had difficulties because of a short circuit and 3 percent faced inconveniences because no suitable power socket was available.

CEMOBIL demonstrates that e-mobility can work in a European city and that effective and sustainable improvement in environmental quality in cities is achievable without imposing undue restraints on individual mobility. The aim of the project is to reach an increase in the share of electric cars to 10 percent of all new registrations by 2015, amounting to at least 1,500 e-cars on the road. It is co-funded by the EU Life Programme and the national Klima:Aktiv Programme, and was launched by the City of Klagenfurt in September 2010.

The organisers also reach out to the public with an offer to conduct site visits. Members of the public who are interested in attending a site visit to see all relevant implementations - including 44 passenger cars, 10 e-bikes, 10 scooters, solar boat, 50 photovoltaic charging stations and the electric city bus - are invited to contact Sandra Habib (sandra.habib@klagenfurt.at) or Doris Wiederwald (wiederwald@fgm.at).

The project also offers up-to-date news on its implementation. Members of the public can subscribe to the CEMOBIL Newsletter (in German and English).