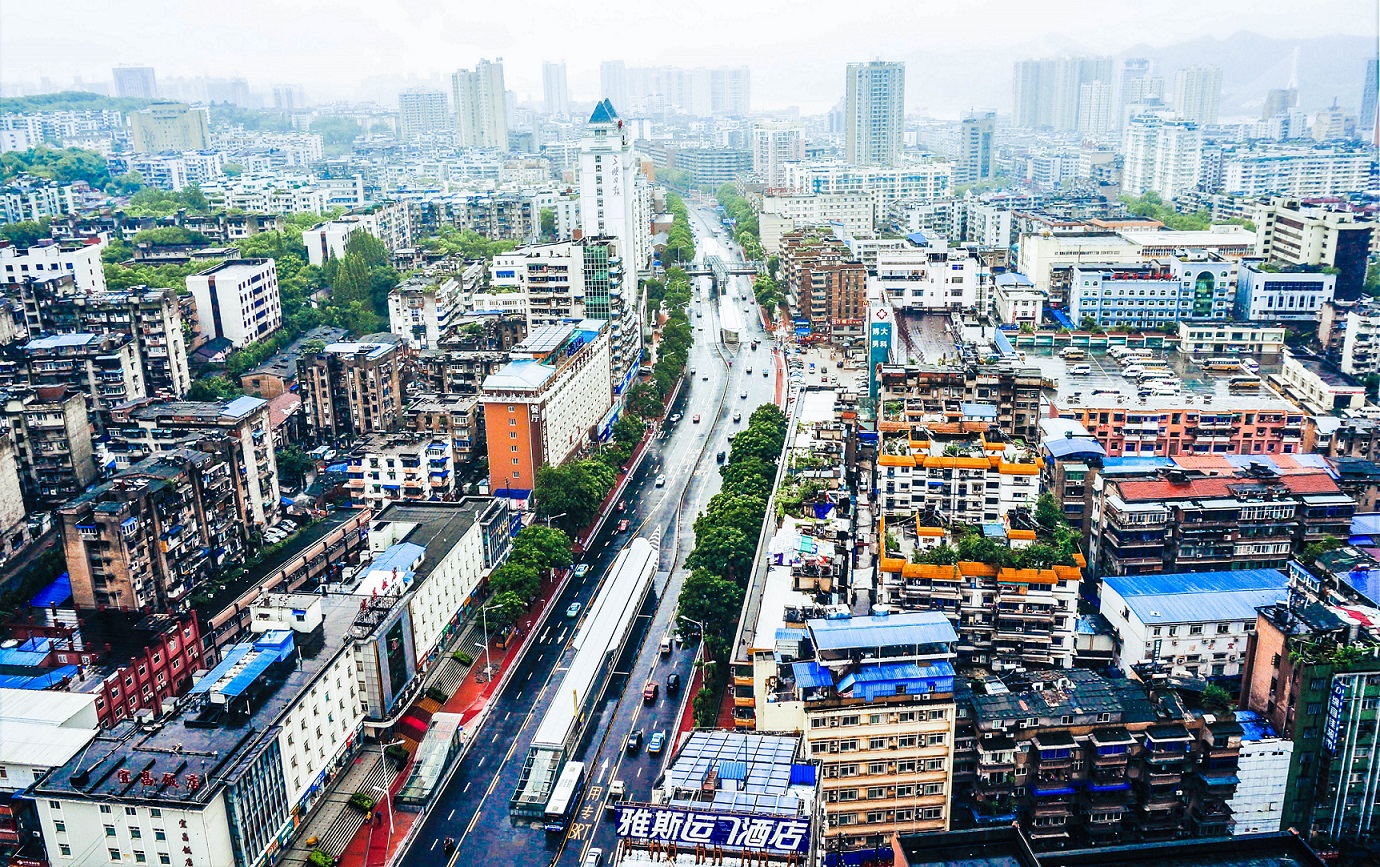 While much of the international attention on China’s development focuses on megacities, it is the many smaller, rapidly growing ‘mid-sized’ cities like Yichang that reflect the true scale of change in the country and where markets, and development, are on the rise.

Over the last 5 years, Yichang has been making monumental progress in implementing sustainable transport projects in an attempt to keep pace with the rapid influx of people moving into its city – and recently received an international award for its work.

Yichang is one of more than 100 Chinese cities with a population of over one million. With 1.5 million residents and growing, Yichang is a mid-sized, yet influential city in central China. Located on the Yangtze River, the site of the Three Gorges Dam, Yichang aims to lead the region in sustainable transport and urban development.

In 2012, the Institute for Transportation and Development Policy (ITDP) began working with Yichang to develop a Bus Rapid Transport (BRT) system and infrastructure, advise on the design of bike lanes, develop parking reforms, and implement other non-motorised transport improvements.

Yichang learned from existing BRT systems in Guangzhou and Lanzhou to ensure the system was as efficient and effective as possible. It implemented a dedicated right of way, off-board fare collection, and preferential treatment at intersections to increase boarding efficiency and bus speed.

New technology uses a sensor to extend a platform to the bus while the station doors open. This increases boarding efficiency and allows for wheelchair access while increasing parking efficiency by giving the driver a larger berth next to the platform. Improving on Lanzhou’s design, Yichang is the second BRT system in China with doors on both sides of buses allowing buses to connect on either side of a station for increased efficiency at a reduced infrastructure cost.

The city opened the first 30 kilometres of a planned 220 km cycling network and advanced into the first phase of a bike-sharing program. It built the first four sharing stations in 2015 with 23 more to be finished by the end of 2016.

Yichang has further begun to reclaim space from cars for people with impressive parking reforms. It removed about half of its 1 000 off-street parking spaces and installed bollards to stop illegal parking. The city redesigned the off-street parking spaces that remained to minimally interfere with pedestrian and bicycle movement. Further, it redesigned 29 pedestrian crossings for increased safety, and introduced new refuge islands and covered walkways throughout Dongshan Avenue. To make the area more attractive, it also planted 700 trees along the avenue.

Yichang’s plan is the first corridor-wide approach to implementing a BRT system, parking reform, bicycle infrastructure, and non-motorised transport reform simultaneously. It is only the second Gold-Standard BRT in Asia and carries 240 000 passenger per day, 20 per cent of whom would previously have used cars or taxis (a reduction in 300 000 vehicle-kilometres a day). The 23 km served now connects Yichang’s downtown, high-speed rail station, and residential neighbourhoods to the north and south.

Overall, the BRT has reduced bus-vehicle kilometres by 7 400 km per day and increased the average speed of buses from 16 to 20 km/hr, and the city expects these rates to continue to improve as the system grows. The city won the Sustainable Transport Award in 2016 for its work.

Yichang went well beyond creating a BRT system and holistically addressed traffic, parking, bicycle infrastructure, and pedestrian space. This creation of a new sustainable urban corridor is the first step in improving transport for residents but also for changing attitudes in the city for future projects of this nature. Large-scale projects are not always popular, but Yichang made extra commitments to advertise the changes and actively engage with the public. Through an open phone number and email address, the city (incredibly) replied to 100 per cent of the concerns and comments from the public.

The development project in Yichang was successful thanks to dedication from the local government and the experience of ITDP and other project consultants. Starting with the project’s conception, Yichang’s government gave contractors the flexibility to pick their own teams leading to the detailed BRT conceptual design being ready in just 4 months. As opposed to many other BRT initiatives, Yichang’s government set up a project management board as soon as construction began and kept abreast of updates and issues.

Alongside them, ITDP and other consultants supervised the project personally solving problems quickly. This hands-on approach and the trusting support from the Asian Development Bank, mayor, vice mayor and party secretary helped ensure the project was a success.