Web based coordination of road investments and repairs in Warsaw (Poland) 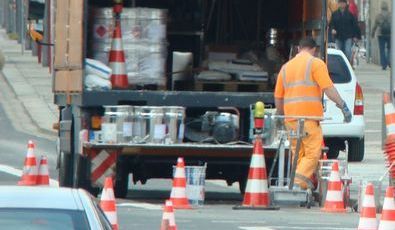 In 2009 the Warsaw’ Office for Coordination of Investment and Maintenance of Roadways has launched an internet portal, providing an insight into the detailed description of projects and renovations of city streets. The web site has proven to be useful for both people and institutions as a source of information and coordination.

Due to the high number of investments and overhauls every year in the streets of the capital of Poland, effective coordination of all works in the city roads have become a real challenge for the local government.

In 2007 the municipality of Warsaw has appointed The Office for Coordination of Investment and Maintenance of Roadways to introduce the aforementioned coordination. Two years later, this municipal unit has launched “eInwestycje” web site (see online at http://inwestmapa.um.warszawa.pl) in collaboration with Geo-System Ltd.

The main task of the portal was to assist the process of coordinating investments and repairs by providing the location of planned and carried out tasks, based on urban spatial information resources. A very important objective was also to involve the local community in the investment processes in order to minimize negative emotions associated with ongoing projects.

The web site “eInwestycje” has been divided into two parts - a restricted part is available after logging in for the companies and institutions working in the field of coordination (for example: The General Directorate for National Roads and Motorways, The Warsaw Trams, etc.). Other parts are open to the public, everyone can benefit without having to register.

Authorized users have access to information about investment plans and their implementation. It is possible to obtain the lists of planned and / or ongoing investments for individual districts or selected streets in given periods of time. This information may relate to particular companies or all investors - in the period of time until 2015. Authorized representatives of the investors can use advanced features of data entry, editing and managing the investment data base.

All users of the web site can acquaint themselves with the projects and renovations in Warsaw without any restriction.>This information can be seen both in tabular and graphical form on the map, using Google Maps software or Google Earth. Besides the description of a project and its location, there is also available the information on traffic difficulties, such as handicaps announcements, traffic management schemes or plans of the proposed detours.

In addition to data about the implementation of renovations or investments, the system is designed to find information about various mass events to be held on the capital's streets, that might affect traffic capacity. Announcements about these projects come from the organisers, cultural institutions and social organisations.

Access to information based on the web site “eInwestycje” has contributed to the improvement of the city image. Thanks to the site, the residents are informed about planned works and can choose more convenient ways to change routes or means of transportation.

Of course, there are many cities in Europe, publishing information on various traffic management changes in form of announcements or simple applications on their websites. At the same time, however, the use of such tools is usually limited compared to the “eInwestycje” system of Warsaw.

The effectiveness of such an initiative can be proven by numbers. These are:
- 28 areas of investment with about 220 coordinated projects in 2009
- 55 areas of investment covering more than 500 investments and repairs in 2010
- at present, the database of the site contains information on nearly 4 thousands of projects planned until 2015

The introduction of such an application in its entirety seems to be especially recommendable in municipalities, choosing to establish a specialised unit dealing with the coordination of investment and maintenance. Anyone managing such a unit will face the need to collect and manage large amounts of data requiring dedicated computer systems of apropriate capacity.

More information (in Polish only):
http://inwestmapa.um.warszawa.pl/index.php?action=jtd