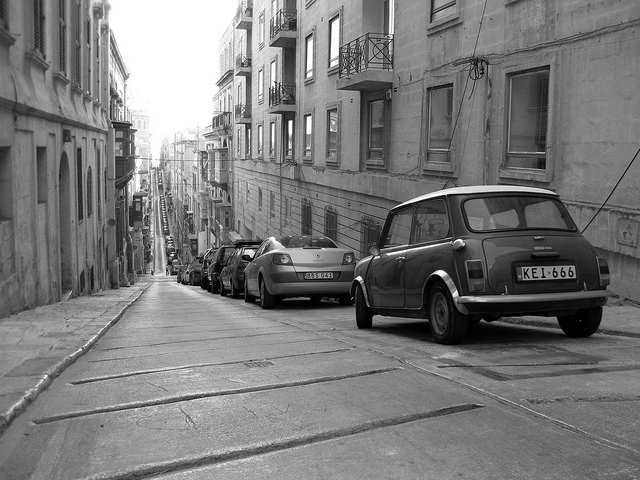 In 2007 Valletta launched a Controlled Vehicular Access (CVA) system that was widely considered the next evolutionary step from the London congestion charge. Before its introduction only 32 000 drivers with Vignette licences could access the Maltese capital. With the CVA any vehicle can enter under a ‘pay-as-you-go’ system. The project aimed to provide easier access to the city, reduce congestion and utilise parking spots better. Eight years since its introduction no other city, other than London, has introduced a similar system.

The Republic of Malta consists of several islands in the Mediterranean Sea. One of these is Malta, with Valletta as its capital. Valletta is 0.8 km2 - the smallest capital in the EU. Statistics show a dramatic increase in the number of vehicles in Malta registered between 1990 and 2003. In 2014 there were over 335 000 licensed motor vehicles, more cars per capita than most industrialised countries. Valletta has average traffic delays of 17 seconds per km – significantly higher than the European average of 5.7 seconds. Traffic delays, lack of accessibility, inadequate parking infrastructure and congestion were among Valletta’s mobility problems.

Prior to the CVA’s introduction, access to the inner-city was restricted except for drivers that paid € 46 a year for a Vignette displayed on the vehicle. Other vehicles were prohibited from entering.

In action
The new CVA system, which replaced the Vignette system, was designed to:
​
The system works with Automatic Number Plate Recognition Technology and is linked to a pay-as-you-go billing system that calculates the charge for access and parking. The system contains 27 cameras which are located throughout the city. Access for first 30 minutes is free; access for over 30 minutes and up to 60 minutes costs €0.82. Access for over 60 minutes costs €0.82c per hour up to a maximum charge of €6.52. Entry is free of charge after 14:00 from Monday to Friday, and all day on Saturday and Sunday and during Public Holidays. Businesses and their employees (such as delivery people or others providing services in the city) can apply for an exemption and enter the city free of charge during regular working hours. This makes the new system more attractive to businesses, boosts the local economy and encourages future investment.
The CVA system is supported by a call centre that responds to the public’s questions, with trained staff (of 19 full- and part-time employees) assisting clients with managing transactions through an online billing system. There are also a number of ways to pay: cheque; cash; credit card; through the local council; by direct debit1; and through the CVA website. The system operates according to the Data Protection Act and also lets drivers view images of their vehicles.
1 Paying by direct debit includes a 10 per cent discount
Results

Before the CVA system was introduced only around 32 000 unique vehicles with a Vignette license could enter Valletta . By 2013 more than 325 720 unique vehicles had entered Valletta, accounting for the majority of Maltese registered vehicle users. The system therefore proves to have a positive impact on accessibility.

Residents also benefited. Upon introducing the CVA system the Valletta local council also launched a parking bay scheme with 141 green and 493 blue bays in which residents could park for 24 hours and 7pm-7am, respectively – a scheme that did not exist before. Until now, impacts on the quality of life of residents and the general environment have not been properly assessed.

Challenges, opportunities and transferability
Speaking at a 2014 traffic management conference in Valetta, traffic expert Prof. Manfred Boltze said that improving road infrastructure would not solve traffic problems and that fiscal measures were needed to make private car-use unattractive. This led to a renowned local economist, Lino Briguglio, to recommend that Valletta’s CVA system be tweaked and extended across the country. This would be possible to achieve with relative ease as the system is both flexible and scalable – however the Government has no plans of that nature at the moment.
The CVA system's software was also designed to allow changes to the charging structure. In December 2013, for example, Transport Malta removed all charges for vehicles entering the CVA zones after 2pm on weekdays and at any time on Saturdays, Sundays and public holidays in order to encourage more people to visit Valletta. Data for the first eight months of 2014 showed that the number of vehicles entering Valletta (2 537 866), had increased by 3.7 per cent compared to the same period  in the previous year. Data for the same eight-month period also showed that the average time a vehicle was parked decreased, both on Saturdays and on weekdays after 2pm.
The statistics clearly show that more visitors entered Valletta while at the same time discouraging parking for long periods of time. According to the Mayor of Valletta the success of the project was thanks to the collaboration between various stakeholders and government before its launch. This ensured a scheme was created that struck a balance between the needs of residents and non-residents, shop owners and their clients, and ad-hoc Valletta visitors.
In Depth