Urban renewal in the heart of Budapest (Hungary) 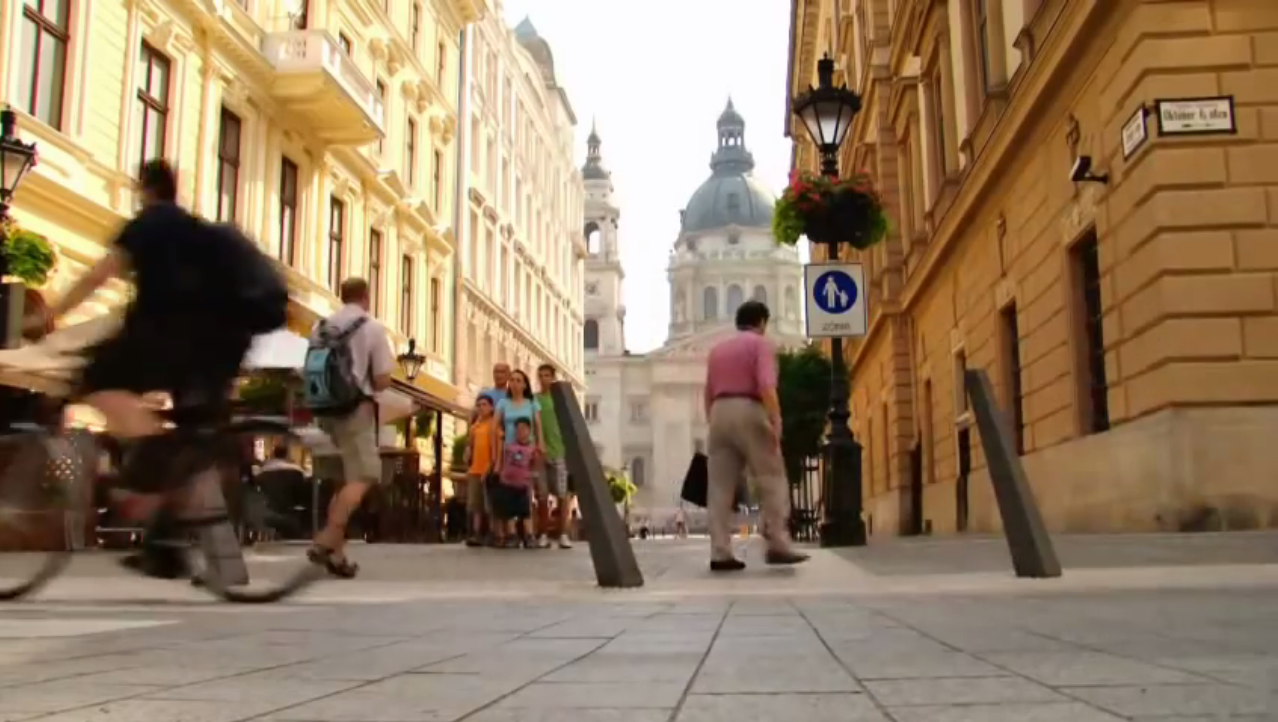 The Heart of Budapest programme is a complex urban renewal programme which is aiming to revitalise the traffic-laden and deteriorating historic centre of the city. Phase 1 of the project included the construction of a 1.7 km long traffic-calmed axis.

The central historic part of Budapest has lost much of its attractiveness to local residents over the past 20 years, which to a large extent is due to significant increases in levels of private vehicle use. For example, at the site of the Heart of Budapest project, approximately 8 000 vehicles per hour (mainly through traffic) were observed during peak hours. The Heart of Budapest programme was devised to reverse this trend and revitalise the urban space by reallocating the area primarily to pedestrians and cyclists.

The programme was approved in 2007, and in its entirety would see the comprehensive renewal of most public spaces within the 'Small Ring' of the capital. At the start of the initial project planning phase, local residents were informed and consulted about the project at information tents, and shop owners at an individual level. Arising from this consultation, the project plans were modified accordingly to address and concerns and take on board suggestions. Phase 1 was implemented between April 2009 and April 2010, and the key features of this phase were;

After six months since the initial phase was completed, the main results and conclusions of the scheme (so far) are:

In spite of this progress, the past six months have also seen problems, which are caused by the fact that subsequent phases were not yet completed (primarily diverting traffic from not-yet traffic calmed areas to this street). For this reason it is now acknowledged that (ideally) it is crucial to implement schemes such as the Heart of Budapest scheme in one continuous phase. Otherwise the implementation and effectiveness of isolated measures may prove short-lived, or even counterproductive.