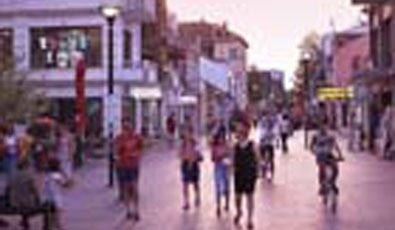 In June 2007, Montenegro began removing illegally parked cars from pedestrian sidewalks and streets through the use of a “car pick up service”, locally known as “spider trucks”.

Montenegro’s local self government has prioritized its developmental plans and activities to focus on the health of their citizens and environment. The recent transition period from external factors due to socialism, wars, and economic stagnation has put increased pressures on towns to modernize infrastructure by increasing investments in construction and through privatization. More people are now living and migrating to urban areas (having been displaced from rural areas).

Additionally, the standard of living has increased bringing with it a rise in new car ownership and a subsequent lack of parking space. The increased use of cars has lead to a decline in the overall state of the environmental due to greater reliance on fossil fuels and CO2 emissions. The municipality of Podgorica was the first to become aware of this problem and began constructing multi-level parking garages in different parts of towns. This, however, did not take out cars from pedestrian side ways and streets. Another more efficient solution was needed.

The solution was implemented through a “car pick up service”, locally known as “spider trucks”. The goal of the truck is to pick up cars that are not properly parked and to move them to a parking lot where the owner can then retrieve the vehicle. This was first implemented through the Department for Communal Issues of the Municipality of Podgorica in June 2007. The Department is organized so that police can write tickets and collect fines for not obliging to the communal regulations of using proper parking spaces. Furthermore, the Department has established a free phone line for citizens to report any communal problem, including the issue of an improperly parked car. A software database tracks the Departments reaction and result of the call and gives the citizen the opportunity to check whether that complaint was dealt with. Currently the Department for Communal Issues has five “spider trucks” and is collecting a sum of 85 eur per car.

In its first three months, the new “spider truck” service has displaced 961 improperly parked cars and most effectively unclogged city streets for pedestrian traffic. The Municipality of Podgorica’s budget has increased by 60,000 euros from collecting the fines.