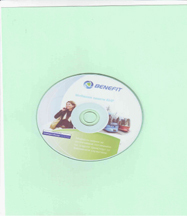 Special software has been prepared to assist public transport use by target company Bulgarian National Radio. Packages were made available on CD and distributed to Radio employees.

The Software Mobility Packages were presented to the personnel in December 2009, as part of the BENEFIT-project and the new EU Action Plan on Urban Mobility.
Company behaviour in general, and regarding mobility management in particular, is the key to achieving sustainable transport use. It is particularly relevant from a city policy perspective.
The preliminary research on the modal split in Bulgarian National Radio showed that 40% of the employees used public transport. The goal of this action was to increase public transport use by at least 5% by the end of the project.

Software Mobility Packages were created for Bulgarian National Radio employees living in four residential areas (east, west, north and south) of Sofia. Each package consisted of timetables for all public transport routes connecting the four areas of the city to the Radio area. The programme enables the user to select the most appropriate mode of transportation and the fastest way to travel between the main Radio building and a selected stop by public transport.>Mobility packages were presented officially to the Radio management and a confirmation of delivery was signed. The software was also installed on the company's intranet in August 2009.
There were no problems with implementation because Radio management were persuaded that the cause was a worthy one.
Creation and installation costs for the software product were €2,000; this was paid to the software company MGM Software Ltd as planned in the project budget.

The aim of this measure was to promote change in commuter behaviour for work journeys by encouraging the use of public transport, and by making employees the target group. When the project team conducted market research on the mode of transportation used by Radio employees, it became evident that they used more public transport than the average Sofia resident (40% compared to 32%). CSDCS (Club "Sustainable Development of Civil Society") decided that this level of use can be supported via the project measures and CSDCS can increase usage levels and also disseminate the results, thus showing good practice.
Research revealed that at the end of the project in May 2011, 47% of Radio personnel were using public transport. This represents an increase of 7% in public transport use in 2.5 years.