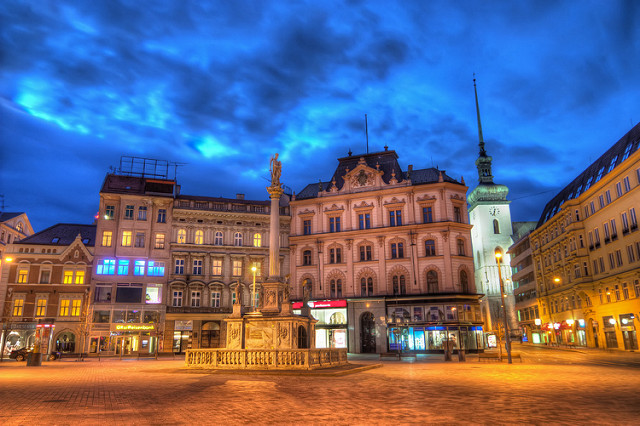 The Czech city of Brno started developing its Sustainable Urban Mobility Plan (SUMP) in January 2014, when there were no national guidelines for planning authorities to follow. Supported by the EU-funded CH4LLENGE project, it carried out pilot activates to improve communication, participation and co-operation in local mobility planning.

Collaborating with institutional actors was a crucial component in the phases of SUMP development. Among other aims, Brno aimed to develop a network of institutions for co-operation on the development of the SUMP – a network that can also be used for the development of other city strategies and policies; set standards for communication activities of the planning authority’s projects; and increase the credibility of the process of the preparation of city projects in general.

Brno identified relevant stakeholders and institutions for the process of SUMP preparation regarding their roles and responsibilities. These included:

The above-mentioned stakeholders had different roles in the SUMP process. They provided necessary data and inputs (e.g. strategies, documentations) which were used for the development of the Brno SUMP, but were also consulted for their feedback. Municipal and regional departments, and the city’s transport companies were involved in the first phase in early 2014 when the Brno SUMP framework was prepared. This ensured connection with other city policies and strategies and their aims and goals.

Brno embarked on a tender process for selecting an expert consultancy, and when this had finished, internal meetings with these partners were held to prepare the draft analytical part of the Brno SUMP. The institutional actors mentioned above were all invited to consultation meetings and asked for feedback during the consultation process on the analytical part.

Another example of Brno's co-operation with other institutions includes collaboration with Brno Smart City Committee, which prepared an expert one-day workshop to develop several proposals for a future mobility vision. More than 50 experts from different fields (not only transport but also economy, demography, environment and urban planning) coming from research and transport institutions, universities and political parties participated.

Participants discussed the five proposals from the perspective of their fields and regarding the policies and strategies they are responsible for. The results, five proposals for a vision, fields of change and strategic aims were presented to the mayor and city council members during and at the end of the workshop.

The discussions between politicians and experts on the city’s future mobility vision successfully finished with the adoption of Brno’s SUMP vision in December 2015.

The pilot project covered the period from August 2014, when SUMP development commenced, to December 2015 when the SUMP vision was successfully adopted by the city council.  During this time, Brno's SUMP planning team could establish long-term co-operation with institutional actors.

The key aspect which distinguishes Brno’s SUMP process, and mobility planning in the city in general, from so-far developed transport strategies, is the active participation of the public  and stakeholders in the process of plan elaboration.

Thanks to this, the city created a communications strategy and an online SUMP platform, and involved over 120 people in a SUMP event. It also established four SUMP work groups with 65 stakeholders and volunteers and involved 10 local and regional institutions in the SUMP process.

The common SUMP vision developed by Brno was done so with over 50 mobility experts, and the involvement with the public resulted in over 500 comments on the SUMP, which the city analysed and integrated. Most importantly, all of this resulted in the vision being politically adopted and in an invitation for the city to contribute its experiences to a national Czech methodology for SUMP development.

The methodology was certified by the Ministry of Transport of the Czech Republic (spring 2016).

Bringing together different groups of interest helps to understand the complexity and difficulties of the whole process, and reminds that the city has the role of mediator in the process of mobility or urban planning. The task is to develop an environment where the needs of all inhabitants will be fulfilled (to varying but best possible degrees). Moreover, comments and recommendations will help to create a versatile document (with consensus).

Further, this co-operation increases the awareness of mobility issues, enabling cities to get involved in the development of other policies and strategies, which are connected to mobility (e.g. Action Plan for the Improvement of Air Quality).

The process of institutional co-operation is flexible and cannot be consider as closed. It must be regularly evaluated during the whole process of SUMP development and, if necessary, more activities, additional tools or channels need to used. For example, low response levels from Brno city districts on the analytical part of the SUMP were observed. Therefore, a special meeting was organised for district representatives to encourage them to engage in the process and the deadline for submitting feedback was extended.