Skip to main content
Home Discover Case Studies On-route travel information to and from the beaches of Hoek van Holland. The Netherlands.

On-route travel information to and from the beaches of Hoek van Holland. The Netherlands. 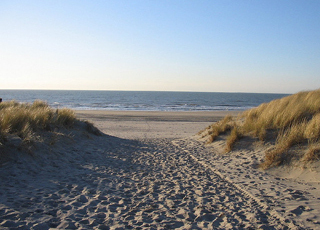 Beach goers often experience traffic jams on the Maasdijk (N220) to Hoek van Holland and ’s-Gravenzande at key times due to the arrival of the ferry and concentrated traffic flows at the end of the day (17:30h).

The objective was to stagger the time when beach visitors made their homeward journey by providing traffic information in order to prevent traffic jams on the Maasdijk.

In the summer of 2007 the pilot “Kijk op de dijk!” was set-up to provide beach visitors with real-time travel information. Mobile displays were placed on the beaches of Hoek van Holland and ‘s-Gravenzande which showed the expected travel time on the N220. This allowed visitors to choose the best time to make their journey home.

The stadsregio Rotterdam and the borough of Hoek van Holland were responsible for this pilot.>Also directly involved were the municipalities of Westland and Rotterdam, as well as the province of Zuid-Holland. Local organisations like NS (railways), Rotterdam Marketing and the tourist offices were also approached and informed.

The pilot “Kijk op de dijk” and the sequel in 2008 demonstrated that providing on-route travel information to and from the beaches helped to improve the accessibility of Hoek van Holland.

Beach visitors appreciated the displays and the value of actual traffic information. 6 out of 10 visitors said that they were willing to stay longer at or near the beach to avoid traffic jams. The presence of shops (20%), bars /restaurants (14%) and performances (14%) were the main reasons to extend their stay.

Lesson learnt: visitors of both beaches prefer to travel by car and are not open to other modes. About 40% of the visitors were not willing to change the duration of their stay based on traveltime information.

The experiences gained during the pilot have been used to discuss the possibility of using information panels in other coastal areas in Zuid-Holland.

The case study was part of the STARTER project - http://www.starter-project.eu