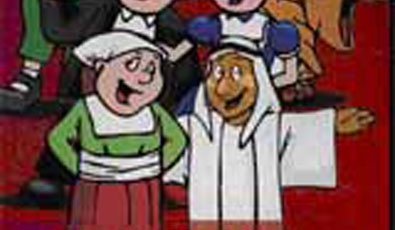 Starting from the year 2001, Criciúma city began a plan to restructure the transport and traffic administration, aiming to adapt it to the new federal legislation - Brazilian Traffic Code -, that brought to the municipal district the function of Traffic Authority and the amplification of the actions related to this field, as well as the development of a new concept for the urban mobility.Global actions in the administration, planning, infrastructure and control levels are projected by this new proposal and, mainly, actions addressing the education and promotion of sustained urban mobility, because to make possible any of the actions mentioned, these should be supported by changes in the behaviour and, consequently, in the values and culture accepted in the relationships in public and private mobility fields.

The main objectives of that project were the following:

In this sense, we chose as main target group, in the years 2002, 2003 and 2004, the children and teenagers, students of the elementary school, in the age group from 3 to 14. In this age group we developed and focus our main projects, trying to work with them in a complementary and integrated way, to strengthen the actions and to reach the largest possible public and consequently disseminate the information and its multiplier effects in the fastest possible way.>We also believe that by educating children and youths we will be preserving their lives, considering that Brazilian statistics presents that the largest number of deaths happens among the youths, and children and youths are also powerful multipliers of new concepts. In addition, this age group is less resistant to the new, and they want to justify themselves and be different from the last generations, presenting new proposals and ways of doing things, and different social behaviour.Measures:

The project is in its third year: in the first year, 7 preadolescents took part, accomplishing their function from September 2002 to September 2003. In the second year, 8 took part, being in charge up to 2004. From 2004 to 2005, there are 7, all from the elementary school, with ages between 9 and 13.The project offered an opportunity to the preadolescents of developing their potentials, to actuate as actors in the puppets’ plays of the “friends”, music, in the lectures and as assistants in the dissemination of the transforming knowledge. The friends were formed as advisors and multipliers of the principles of a preventive education in the traffic and the concepts of the urban sustained mobility.
Topic:
Archive
Country:
Brazil
City:
Criciúma
Contact:
Natalia Martins Goncalves
Author:
Natalia Martins Goncalves
Keywords: