Residential areas located along the railway lines in Japan 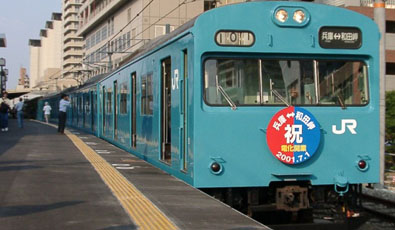 Today railway companies in Japan are increasingly likely to be required to act more like urban developers, or local service businesses supporting the lives of people living along the railway line.

The pioneer of such companies was Hanshin which connected Osaka and Kobe by large-scale tram in 1905. To attract passengers, the company developed residential areas and recreational facilities (spas, mountain-climbing sites, and playgrounds) along the line. In addition, it started letting houses and building department stores at terminals. Within 10 years after its foundation, the company became widely known for its business diversification.>Hankyu had to develop urban communities and recreational facilities along the line in order to remain in business because the area along the line was still undeveloped. Foreseeing financial difficulties after opening the Osaka-Takarazuka line, the company president took the lead in distributing a pamphlet to Osaka citizens describing the pleasures of living on the line.

Community building by private railway companies accompanies development of residential and commercial areas, improvement of public access to the stations, and construction of neighborhood amenities. Some companies even invite in campuses of well-known universities to improve the town's image. These railway towns are well-maintained in a planned manner and offer affordable housing lots and high-quality houses.
Company of Hanshin is a good example of the mode of private railway management in Japan in which railway management and property development near the line go hand-in-hand.