Recreational accommodation at local railway stations in the Czech Republic 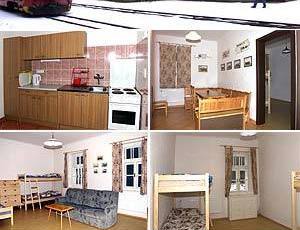 The goal is to inspire tourists to use recreational accommodation at railway stations in the tourist area of “Bohemian Canada”. As an added attraction, in the tourist season steam trains also operate on these lines.

JHMD (Jind?ich?v Hradec Local Railways) is a private narrow gauge railway company in South Bohemia. Starting in 2003 JHMD allows tourists to stay at some of their railway stations and thus have direct access to the rail services (“railway right outside the front door”) for their trips in the tourist area of South Bohemia. Although, parking is available at the stations and typically users arrive by car, practically all tourists also use the railway for their tourist trips.

JHMD were responsible for the implementation of the project. Details are as follows:

All rooms in the summer season are booked up, and in the rest of the year demand is constantly increasing. This project is very important for the railway company, but also for tourism in this region. It represents something special (“it has an unique character”). Another important aspect is the operation of steam trains in the tourist season.

The project will be extended, as JHMD intends to adopt even more stations in the future.

This case study was collected as part of the EU STARTER Project - http://www.starter-project.eu/