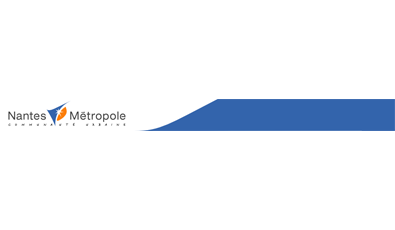 Nantes-Mé tropole is the local authority in charge of roads, urban public transport, public spaces and mobility within the Nantes' metropolitan area, 24 towns, 590 000 inhabitants and 300 000 employees. Within the framework of its Urban Mobility Plan, which aims at developing the share of alternatives modes of transport (walk, bike, PT, passengers of cars) from 51% to 67% in the next 20 years, Nantes-Mé tropole is carrying out a specific policy to promote company travel plans among public and private companies. These plans involve companies in the promotion of alternative modes of transport among their employees.

In order to promote company travel plans, Nantes-Mé tropole has decided to introduce a marketing approach. They contact companies, support the study of their travel plan and give advantages to their employees who shift from the car to other means of transport, including carpooling. Nantes-Mé tropole has also created a toolbox containing photos, videos, presentations, leaflets, on-line questionnaires, etc. which is given to companies in order to help design and dinamize their plan.

Nantes- Mé tropole suggests companies sign a 4-year contract containing a set of measures fostering alternative modes and involving the company in changing habits and developing awareness raising campaigns. Within these contracts companies aim at reducing car use by at least 10% among their employees. The contract benefits to the company and to its employees. The company has a privileged access to mobility information and benefits from mobility events organized and designed by Nantes Mé tropole. It can participate in the mobility Club and discuss with other companies on their mobility plan. It also benefits from financial support from the metropolis, with an annual call on sustainable investments (bike or carpooling) or reductions on bike rental services. Employees also benefit from a series of reduction by Nantes Mé tropole, on public transport, bike rental service, etc and carpooling facilities (website, parking facilities).

Since 2004, over 250 companies and administrations have signed company travel plans affecting 66 000 employees in Nantes-Mé tropole. Figures show that after a 4 year life of the travel plan, the average car use declines by more than 15%.