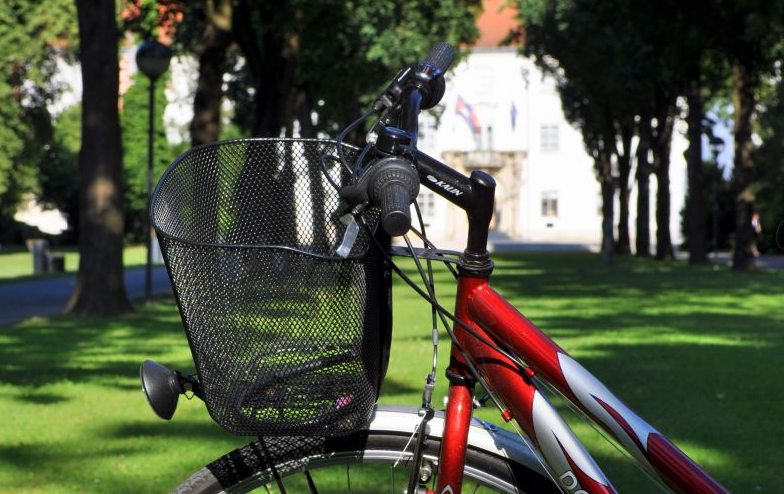 The University of Maribor assisted the Slovenian city in the process and developed a new action plan with the help of a quality management tool developed by an EU project, known as QUEST.

Thanks to this tool Murska Sobota created a new free bus for citizens and now has plans to redevelop a pedestrian street and reduce the amount of parking in the city.

Murska Sobota has 19 000 inhabitants and covers an area of 64 km2 which makes it one of the most important cities in the north-east of Slovenia. Furthermore it is the most central and most intensely urbanised area in the whole of the Pomurje region.

In 2008 Murska Sobota was one of the first Slovenian cities to develop a Sustainable Urban Mobility Plan (SUMP). Since then many useful measures were implemented, such as free public buses and new cycling connections to nearby settlements. In order to assess and further develop their sustainable mobility policies and actions, Murska Sobota participated in the QUEST project in 2013. During this process the city was assisted by an external expert, the University of Maribor.

Murska Sobota decided to reassess its sustainable mobility policies after its proposals for the closure of a street in the city centre and the extension of a pedestrian zone were rejected by the city council.

QUEST (Quality management tool for Urban Energy efficient Sustainable Transport) was a European project that ran between 2011 and 2013. The purpose of the project was to support European cities in making progress towards a more sustainable urban transport system. The tool produced as part of the project helps cities, through the help of an expert, to identify which measures are needed in order to achieve the desired goals regarding sustainable mobility. Murska Sobota decided to adopt the QUEST method and asked the University of Maribor to be its expert and lead the process. The QUEST method involves four stages:

The purpose of this stage is to collect objective information on the local transport policy and compare these with the key elements of excellent policy practice. In early 2013 Muska Sobota started with a meeting with the municipality’s representatives who discussed and evaluated current policies and plans. The University of Maribor co-ordinated the QUEST audit and compiled all the available information into a strength/weakness analysis. The results of the QUEST audit indicated that walking, parking and public transport were key themes which required further development.

The next stage was a QUEST stakeholder self-assessment. For this purpose a total of 45 stakeholders were invited to participate in a survey to share their views on the city’s performance regarding sustainable mobility. This group of stakeholders was made up of city staff, politicians, user groups, transport providers and commercially interested parties. Again the University of Maribor collected and analysed their opinions. Similar to the QUEST audit, the results of the stakeholder self-assessment also identified walking and public transport as the key themes which should receive more attention.

The results of the QUEST audit and the self-assessment provided the basis to further decide on the focal areas. Murska Sobota agreed to focus on three major themes: Walking, Parking and Public Transport. After deciding on the themes more stakeholder meetings were scheduled. During these meetings all the challenges were discussed and new measures were proposed.

The whole process resulted in an Action Plan which was written by the external expert, the University of Maribor. The Action Plan presents what further measures are to be implemented and how to improve existing policies in the next four to five years. For example under the Walking theme, the university recommended a ‘Shared Space’ solution on Slovenska Street in the city centre, a busy street with lots of pedestrians. Shared Space strives towards a design and layout of streets and public spaces where traffic, residential and any other spatial functions are in balance with each other. It brings vulnerable road users and motorised vehicles together in the same space, but uses design features to encourage drivers to slow down and to be more aware of other road users.

‘In the last decades a lot of streets close to the city centre have been converted into corridors for individual motorised traffic. The design was very uninviting for people, which in turn was bad for shops, cafes and small restaurants,’ said Sebastian Toplak from the University of Maribor. ‘With the redesign of Slovenska Street we’re trying to make it more attractive for visitors and residents to spend more time in this area, to shift some activities  - shopping, meeting friends -  from other remote areas, such as shopping malls, to the city centre again. For example, benches and small stands for shops have been placed on Slovenska Street.’

‘Also the creation of the additional free bus line for citizens is a reasonable measure which reduces the possibility of social exclusion of certain groups. Such as the elderly, young and socially vulnerable. It also reduces the need for car use in Murska Sobota,’ he said.

At the end of 2013, the city council adopted the QUEST Action Plan and started the implementation of measures for which Murska Sobota was certified by the QUEST Academy. Toplak said that changing the philosophy of planning into an integrated process was the biggest challenge. ‘With the participation of all parties involved, we managed to create solutions that are acceptable to all,’ he said.

The Murka Sobota experience demonstrates that QUEST is a practical tool for cities, i.e. it is easy to work with and has ability to achieve immediate results. There is no need for huge data collection beforehand. In the future a lot of communication and informing work has to be done to show to the cities, ministries, European Commission and other funding institutions what the benefits of this tool and the QUEST Certificate. Because it will be of value only if it is recognised by funding institutions as a criterion for prioritising funding for cities that have it. Otherwise, it is just another certificate,’ Toplak said.