Preparation for elderly people to be mobile and stay mobile. Thun (Switzerland) 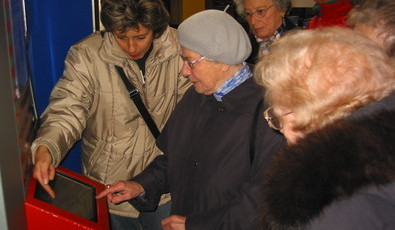 Independent mobility of elderly people is of fundamental importance to maintain their independence and to be able to socialize. In spite of the changes which an increase in age brings, senior citizens don’t have to do without individual mobility, thanks to the wide range of transport facilities available. However, mobility and technology are developing at an ever-increasing rate. Traffic is becoming more and more hectic, which can often result in a feeling of inadequacy and thus a loss of contact with modern-day life. Particularly no longer being able to drive can lead to social isolation if one is not able to use other forms of transport.

increase in age and during illness or the taking of medication
Carrying out 2 courses with 30 participants.